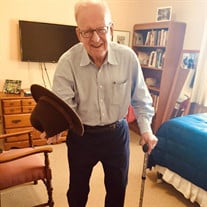 Alan Robert Hirsig, September 30, 1939-August 17, 2021 Alan Robert Hirsig passed away peacefully at the Waverly Heights retirement community in Gladwyne, Pennsylvania on the evening of August 17, 2021. He was 81. Alan is survived by his wife, Nancy, daughters Andrea and Carolyn, and granddaughter Aya. Alan was born in 1939 in Theresa, Wisconsin, the middle son of Edward and Verona (Pitzschler) Hirsig. On one side, he came from a long line of cheese-makers; on the other, accordion-manufacturers. These distinctive Swiss and German genes manifested in Alan’s love of cheese, and also of music (though not generally the polka). He grew up with his two brothers, David and Kenneth, in a household that was filled with music thanks to his mother, an accomplished pianist and music teacher. (Alan’s parents and brothers are all deceased.) After several relocations, the Hirsig family settled in Beloit, Wisconsin, where Alan attended Beloit Memorial High School, where he would be valedictorian. He graduated from there in 1957, along with his future wife, Nancy Wilson, who he met when they co-starred in the senior class play: an obscure Chinese-themed piece called “Lady Precious Stream,” in which Al played a poor but honest gardener, Hsieh Ping Kuei, who wooed Nancy’s character, the Princess of the Western Regions. Clearly, the romance was destined! Alan and Nancy were married on August 23, 1960. Alan entered Chicago’s Illinois Institute of Technology in the fall of 1957 as a Chemical Engineering major. After graduating from IIT as valedictorian, he accepted a job as engineer at Sinclair Research in Harvey, Illinois. He designed petrochemical equipment for Sinclair and later for ARCO/Atlantic Richfield Company after they acquired Sinclair in 1969. Transitioning from engineering to corporate jobs, Alan rose through the ARCO ranks, eventually taking on the job of president of ARCO Chemical’s European operations from 1984-1990. In 1991, he was named President and chief executive of ARCO Chemical Co., and remained in that role until his retirement in 1998. Alan was active on the advisory boards of a number of institutions including the Curtis School of Music, the Rosenbach Museum, Marlboro School of Music, the Philadelphia Foundation, and Bryn Mawr College. Alan and Nancy were also enthusiastic supporters of many theatrical and musical groups, including Philadelphia’s Fringe Arts, Play on Philly, the Arden Theatre Company, and Pig Iron Theatre Company. During his years at ARCO, Alan’s job ensured a steady string of family relocations, taking them from Chicago to Denver, Philadelphia, Pasadena, California, and London, England. A seasoned traveler, he also visited countries around the world, from Tanzania to New Zealand to Nepal— trips in Europe with the trekking group ATG were an especial favorite. Whatever the circumstances, Alan enthusiastically embraced the new friends, good food, and adventures he met with wherever he went. Much as he enjoyed traveling, Alan also loved spending time at home reading, raising fantastic tomatoes in his garden, cheering on his cherished St. Louis Cardinals, and sharing good food, wine, and conversation with family and friends. He was also a lifelong fan of all kinds of music —folk, opera, classical, contemporary, he loved them all. He had an amazingly comprehensive knowledge of show tunes and popular songs of the 1940’s and 50’s, and was justly famous for his impromptu serenades. Alan was also a lover of hats, and cut a jaunty figure in the halls of Waverly Heights with his cane and his joie de vivre. Alan’s adventuresome and playful spirit, intellectual curiosity, and infectious sense of humor will be deeply missed by all who knew him. And did you get what You wanted from this life, even so? I did. And what did you want? To call myself beloved, to feel myself Beloved on the earth. - Late Fragment by Raymond Carver

The family of Alan Robert Hirsig created this Life Tributes page to make it easy to share your memories.

Send flowers to the Hirsig family.