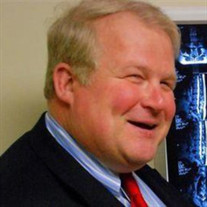 Dr. Andrew Freese, 61, of Chester Springs, a noted neurosurgeon who performed the first successful gene-therapy trial for neurological disease in a human being, died Wednesday, June 30, of kidney failure at Brandywine Hospital in Coatesville. Until recently, Dr. Freese had been chief of neurosurgery and neurosurgical medical director at Brandywine Hospital. He spent much of the last 30 years as a neurosurgeon in the Philadelphia area, starting as a resident at the Hospital of the University of Pennsylvania. He later became vice chairman of neurology at Thomas Jefferson University Hospital. He also worked at Graduate Hospital, Einstein Medical Center, and in private practice. On July 6, 2001, The Inquirer published a front-page article about the “experimental gene-therapy” surgery Dr. Freese performed on a 3-year-old boy who had Canavan’s disease, a rare genetic disorder that causes deterioration of the white matter, or myelin, in the brain. Gene therapy is a procedure where doctors infuse healthy genes into cells to replace or supplement defective ones. Jack Freese, Dr. Freese’s son, said that first patient recently turned 22, becoming the longest-living person ever to survive with Canavan’s disease. The life expectancy for someone with the disease is typically about 10 years. “All he wanted to do was help people. Growing up, that was my biggest takeaway from him,” Jack Freese said. His father’s philosophy was: “You have to live a life of impact, and that means life is going to be hard and you have to make sacrifices. He worked like 20 hours a day. He wanted to help people and do research on top of that.” When Dr. Freese performed the surgery on a 3-year-old with a brain disease in 2001, he predicted that gene therapy would be used for Parkinson’s disease, Alzheimer’s, and other inherited diseases of the brain and nervous system. While pursuing his doctorate, he and his adviser Bob Langer, the founder of Moderna, together published papers and received patents. “I grew up hearing about mRNA. It was the dinnertime conversation,” Jack Freese said. However, he said that discussion was irrelevant to most people until last year’s pandemic brought the science of mRNA-based COVID-19 vaccines to general knowledge. The name, mRNA, is short for “messenger ribonucleic acid.” Andrew Freese was born July 4, 1959, in Boston to Ernst and Elisabeth Freese, who were both scientists with the National Institutes of Health. He was the second of two children. After graduating from Harvard University, he received his medical degree from Harvard University Medical School and his doctorate in neurobiology from Massachusetts Institute of Technology. Dr. Freese loved being born on the Fourth of July. “He loved going to the Wawa Welcome America Festival. He went every year,” his son said. When he was a child, his parents used to joke that the July 4 fireworks were in honor of his birthday. In 1988, he married Marcia Geary, with whom he had four children. His first marriage ended in divorce and he wed Carolynne Festenstine Freese in 2015. From that marriage, he gained two stepchildren he loved as his own. His children range in age from 28 to 18. Dr. Freese’s son Matthew is a goalie for the Philadelphia Union and U.S. Olympic team. “Every single person who came to visit in the final weeks made clear that he was the single most brilliant person they had ever met, which the kids knew, because we never won an argument with him in our entire lives,” Matt Freese wrote in an email. “What mattered most to us was his generosity to the world around him.” As an example, he said that when the family went to dinner before his father was hospitalized, “my Dad literally got up from the table and left because he saw an elderly man alone in the park across from the restaurant, and went to buy him chocolates and spend time with him. That’s the type of guy he was.” Dr. Freese loved art museums and other cultural institutions, playing with his dog at the park, or spending time with his best friend, Fred Simeone, of the Simeone Foundation Automotive Museum, with whom he loved looking at and testing antique cars. In addition to sons Jack and Matthew, Dr. Freese is survived by his wife Carolynne; two other sons, Tim Freese and Jake Ehrlich; daughters, Lyssa Freese and Emma Ehrlich; and his first wife, Marcia Geary. A celebration of life ceremony will be on July 18. For details, e-mail [email protected] Published July 6, 2021 by Valerie Russ, Philadelphia Inquirer I write about history, race and identity, social justice, and neighborhoods.

Dr. Andrew Freese, 61, of Chester Springs, a noted neurosurgeon who performed the first successful gene-therapy trial for neurological disease in a human being, died Wednesday, June 30, of kidney failure at Brandywine Hospital in Coatesville. Until... View Obituary & Service Information

The family of Dr. Andrew Freese created this Life Tributes page to make it easy to share your memories.

Send flowers to the Freese family.