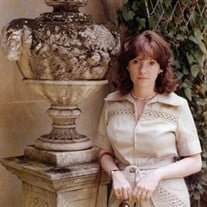 Dr. Barbara Ellen DeGrange Kieran passed away at her home in Moylan, PA on August 22, 2021, surrounded by her family. As a member of the first class of women admitted to Yale University, Barbara was a brilliant woman who excelled at everything to which she applied herself. In 2005 she was diagnosed with early-onset Alzheimer’s disease, which she confronted with extraordinary grace and perseverance, living at home with her family for over sixteen years while this truly tragic disease took its course. She was a loving wife, mother, and sister as well as a devoted friend. She brought joy to the lives of everyone around her through her delicious cooking, her beautiful singing voice, her sharp-witted puns, and her ability to listen and advise. She made life’s everyday moments feel special. Barbara was born on March 3, 1951, in Brooklyn, New York, where she lived with her parents, Joseph DeGrange, Mildred Ehlen DeGrange, sister Joan DeGrange Petronella, and maternal grandmother Lilian Ehlen Ortmayer. The family owned a small hand truck business, Ortmayer Specialty Co, started by Lilian in the basement of the family home on Willoughby Avenue in Bedford-Stuyvesant. When the business relocated to the corner of Bedford and Willoughby Avenues, it opened space for her grandmother’s adoption of thirteen cats. One of Barbara’s favorite childhood memories was the ritual afternoon tea with her grandmother - and the cats - while she gleefully spread catnip and enjoyed the resulting spectacle. The family moved to Queens Village, New York in 1957. They joined Grace Lutheran Church and were active in many church groups and activities. It was here that Barbara developed her life-long love of choral music, participating in many Youth Choir Exchanges across the region and teaching herself to play the piano and accordion along the way. She attended public elementary and junior high school in Queens, New York and went on to Andrew Jackson High School, also in Queens. She excelled across a wide range of activities as Editor-in-Chief of the school newspaper and a leader in the Drama Club. Barbara graduated Valedictorian in a class of more than a thousand. She was named a New York State Regents Scholar in 1969. Ever the groundbreaker, her achievements led to her admission to Yale University in the Fall of 1969, where she was one of the first 250 women invited to enroll as an undergraduate freshman. At Yale, Barbara continued her love of choral music as a member of the Yale Glee Club, where she led its transformation into a mixed chorus. She was a Glee Club officer and organized its national and international tours. Barbara studied Spanish and German and majored in Psychology, graduating with a B.A., magna cum laude, in 1973. In the fall of 1973, Barbara moved to Philadelphia, enrolling as a Presidential Fellow in the PhD Clinical Psychology program at Temple University. Her academic focus at Temple was family therapy. She continued to sing during this time with Philadelphia choirs, while also conducting research on personality theory at the Wharton Applied Research Center at the University of Pennsylvania. She interned in 1975-76 at Irving Schwartz Institute for Children and Youth in Philadelphia. Barbara’s doctoral dissertation on the mourning process was motivated by the early loss of her mother in 1976 and her concern for the well-being of her father. She researched how widows of cancer patients communicated with their spouses before death, and the impact of that communication on the health of the survivor. She was awarded her PhD in 1980. After a year living in Rome at the American Academy with her husband, architect Stephen Kieran, Barbara returned to the US and joined National Analysts, a Philadelphia-based research consultancy, at that time a division of the international consulting firm Booz Allen. Barbara eventually became a Vice President at National Analysts (now Naxion) and spent the entirety of her career there. While her research work varied across a wide range of consumer services and products, her area of focus was medical marketing research for the pharmaceutical industry. After her Alzheimer’s diagnosis, Barbara retired from National Analysts. She participated in numerous clinical trials at the Penn Memory Center until her condition would no longer allow her enrollment. Barbara met her husband in 1973 when both were arriving in Philadelphia to attend graduate school. They were married in 1977. She took great pleasure in travel and shared that love with her family, growing increasingly adventurous as her children grew. Barbara meticulously planned each trip to make the most of every moment abroad. Italy was always -and still remains – a favorite location. Barbara also passed on her love of music to her children who are both accomplished singers having toured internationally with singing groups. In 2001 Barbara toured with the Yale Alumni Chorus performing at London’s St. Paul’s Cathedral with the Royal Philharmonic Orchestra. She is survived by her husband of 44 years, Stephen James Kieran; children, Christopher Liam Kieran and Caitlin Meredith Kieran (Eric Smyth); grandchild, Riley Rourke Kieran-Smyth; sister, Joan DeGrange Petronella; and many nieces and nephews. A Memorial Service will be held at 11:00 AM on Friday, September 3, at Christ Church, Second and Market Streets, in Philadelphia. A reception will follow. Masks will be required. The family requests donations be directed to the Philadelphia Walk to End Alzheimer’s at http://act.alz.org/goto/bdk. All are welcome to honor Barbara and join our family team at the Alzheimer’s Walk this year.

Dr. Barbara Ellen DeGrange Kieran passed away at her home in Moylan, PA on August 22, 2021, surrounded by her family. As a member of the first class of women admitted to Yale University, Barbara was a brilliant woman who excelled at everything... View Obituary & Service Information

The family of Barbara DeGrange Kieran created this Life Tributes page to make it easy to share your memories.

Dr. Barbara Ellen DeGrange Kieran passed away at her home in...

Send flowers to the Kieran family.