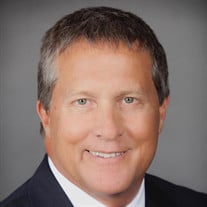 CRAIG WELLS MORRISON of Philadelphia, PA died on February 19, 2021 at the age of 63. He was born on November 20, 1957 in Philadelphia (Germantown Hospital) to Malcolm A. Morrison(deceased) and Linda Wells. He was a graduate of Lower Merion High School, Class of 1975; Radford University B.S. in Finance and Business Administration and Minor in Music, 1980. He was a financial and investment advisor for PRIMERICA; live and studio musician, accomplished guitarist, composer, producer, sound engineer, Owner of Roundtownsound, Inc. and President and Founder of Historically Significant Structures, Inc., for the restoration and preservation of Execution rocks lighthouse in the Long Island Sound. Craig is a member of the Grammys and toured with the late Buddy Cage of the New Riders of the Purple Sage and other bands throughout the Virgin Islands and throughout the United States. Craig recorded rock and jazz compositions in Los Angeles and in his later years in his studio under Roundtownsound, Inc. in Philadelphia. Craig was also a member of the Classical Guitar Society. Craig supported the local Philadelphia community such as Rittenhouse Square and joined in local community events for which he won the “Best Chili in Philly” contest. Craig was an active member of the Philadelphia Securities Association and several other investment clubs. Craig owned and operated the historically certified Execution Rocks Lighthouse located in the Long Island Sound on the North Shore, New York. Craig established tours of the historical site and operated overnight light keeper experiences to educate the public on the importance of this particular lighthouse, and the related history and development of commerce in the late 1800s and the turn of the century. Donations in his memory can be made to “Historically Significant Structures, Inc.”. a 501 (c) (3) tax-exempt organization. Please visit the website lighthouserestorations.org. Craig was raised in the mainline suburbs of Philadelphia and along with his family was a member of St. Mary’s Episcopal Church in Ardmore, PA. When growing up he was a member of the choir. Craig is survived by Linelle Lukesh. Craig is also survived by his brother, Jeff (Meg) Morrison and half-brothers, Vince, Terry, Gary and Tim McAneney and step sisters, Tracy Flanagan and Dianne Wilson. Also surviving, son Alex Cox (Ashleigh) and grandson Zefram and many nieces and nephews. On Saturday March 20th at 11AM EST please join A Celebration of Life memorial service will be held over Zoom with meeting ID: 683 337 6542 Passcode 521795.

CRAIG WELLS MORRISON of Philadelphia, PA died on February 19, 2021 at the age of 63. He was born on November 20, 1957 in Philadelphia (Germantown Hospital) to Malcolm A. Morrison(deceased) and Linda Wells. He was a graduate of Lower Merion... View Obituary & Service Information

The family of Craig Wells Morrison created this Life Tributes page to make it easy to share your memories.

Send flowers to the Morrison family.