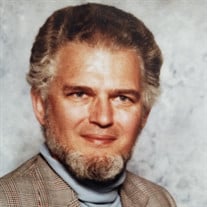 DeWitt Hall Montgomery, Jr., M.D. October 21, 1928 – August 8, 2019 DeWitt Hall Montgomery Jr. passed away on August 8, 2019 after a short illness. He was born in Springfield, IL, October 21, 1928, the son of Dewitt Hall and Ruth Canterbury Montgomery. In 1945, he graduated from Springfield High School, where he was a football star and academic honoree. He received his B.A. from Haverford College in 1949 and became a lifelong Quaker and member of Haverford Friends Meeting.He received his M.D. in 1953 from the University of Pennsylvania School of Medicine. During his medical training he developed his enduring interest in understanding and caring for patients with emotional and mental distress. His post-graduate training included internal medicine at Staten Island in the U.S. Public Health Service (1951-52), and residency in psychiatry in Lexington, KY (1952-54). Dr. Montgomery served as attending physician at the Norristown State Mental Hospital from 1956-59 and served in the Coast Guard during the Korean War.For many years, Dr. Montgomery served on the board of Haverford Friends School and on the corporation of Haverford College. Dr. Montgomery was board certified in Adult and Child Psychoanalysis and served on the faculty of Hahnemann University Hospital from 1961-1989.He was devoted to the Green Tree School in Germantown, PA, and worked as its medical director for 47 years, caring for generations of students with special needs and offering support to their families. A dedicated educator, he supervised the school’s training environment for caregivers,paying careful attention to the importance of child development. Dr. Montgomery was deeply committed to psychoanalytic principles. He contributed to his profession as an accreditation team member for psychoanalytic institutes and as a founding member of the Philadelphia Psychoanalytic Society, where he also served as Education Director. A training analyst, he was an active member of the Psychoanalytic Center of Philadelphia, the American Psychoanalytic Society, and the International Psychoanalytic Society. With his late wife, Dr. Naomi Rosenberg Montgomery, he worked also as an ambassador for his field, representing American psychoanalysts internationally in China and in Russia. Dr. Montgomery was an avid tennis player, swimmer, and traveler, and a warm, devoted husband, father, grandfather, and great-grandfather.He was predeceased two months ago by his wife of 42 years, Dr. Naomi Rosenberg Montgomery, and by his first wife of 27 years, Dr. Martha Barber Montgomery. He is survived by his four children, Dewitt H. Montgomery III of Portland, OR, Mary Montgomery Sickles of Larchmont, NY, Owen C. Montgomery of Sewell, NJ, Ruth R. Montgomery of Woodbridge, CT; their spouses; 15 grandchildren; and 5 great grandchildren. A Quaker memorial service will be held Wednesday August 14 at 5 pm at Haverford Friends Meeting, 855 Buck Lane, Haverford, PA with burial to be private. In lieu of flowers, memorial donations in his name can be made to the Haverford Friends Meeting or to the Green Tree School.

The family of DeWitt Hall Montgomery, Jr. M.D. created this Life Tributes page to make it easy to share your memories.