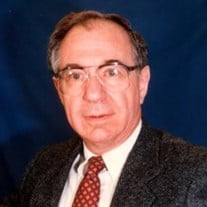 Dr. Donald D. Fitts, Professor of Physical Chemistry and Associate Dean for Graduate Studies at the University of Pennsylvania for nearly two decades, died on March 25, 2020 at the age of 87. Born on September 3, 1932, in Concord, NH, the only child of Russell P. Fitts and Elisabeth Y. Reille Fitts. The family moved to Keene, NH where Donald graduated from Keene High School in 1950 and received a scholarship to attend Harvard University. He graduated from Harvard, magna cum laude with highest honors in chemistry, in 1954 and earned a Ph.D. degree in chemistry in 1957 from Yale University for his theoretical work with John G. Kirkwood. After a one-year appointment as a National Science Foundation Postdoctoral Fellow at the Institute for Theoretical Physics, University of Amsterdam, he joined the faculty of the University of Pennsylvania in 1959, rising to the rank of Professor of Chemistry in 1969. His sabbatical leaves were spent in Britain as a NATO Senior Science Fellow at Imperial College, University of London; as an Academic Visitor in Physical Chemistry, University of Oxford; and as a Visiting Fellow at Corpus Christi College, Cambridge University. He authored three books, Nonequilibrium Thermodynamics (McGraw-Hill, 1962), Vector Analysis in Chemistry (McGraw-Hill, 1974), and Principles of Quantum Mechanics (Cambridge University Press, 1999), as well as over 50 academic journal articles in the field of Physical Chemistry. From 1978 to 1994, Dr. Fitts served as the Associate Dean for Graduate Studies at the University of Pennsylvania’s School of Arts and Sciences. His sixteen years in the position was the longest term of any graduate dean at Penn since 1928. During his term, he steadily guided the university’s largest school as he increased multi-year funding for doctoral students, created fellowships for minority students, and strengthened the school’s international programs. He is survived by his wife of fifty-five years, Beverly Hoffman Fitts; sons, Dr. Robert Fitts and Dr. William Fitts; and grandchildren Benjamin and Samantha. Memorial donations may be made in Don’s memory to the Arts and Sciences Graduate Fellowship Fund at the University of Pennsylvania (checks made out to “Trustees of Univ. of PA” with memo line “Arts and Sciences Graduate Fellowship Fund”). Please send to Univ. of PA, 2929 Walnut St., Ste 300, Philadelphia, PA 19104. To make an online gift, visit: https://giving.apps.upenn.edu/fund?program=SAS&fund=342114.

Dr. Donald D. Fitts, Professor of Physical Chemistry and Associate Dean for Graduate Studies at the University of Pennsylvania for nearly two decades, died on March 25, 2020 at the age of 87. Born on September 3, 1932, in Concord, NH, the only... View Obituary & Service Information

The family of Dr. Donald D. Fitts created this Life Tributes page to make it easy to share your memories.

Send flowers to the Fitts family.