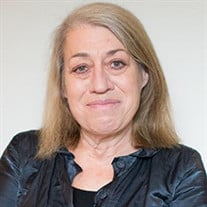 Dr. Emily Pickering, teacher, 66, of Phoenixville, PA and Friendship, ME, died unexpectedly of natural causes on April 13. Blessed with a remarkable memory and intellect, Emily received her B.A. from Franklin & Marshall College, where she was elected to Phi Beta Kappa. On a day years later when F&M bestowed on her their High School Teacher of the Year award, she was in her own classroom instead. She did graduate work at the University of Pennsylvania, and later in life earned her M.Phil. and Ph.D. from the University of Dublin (Trinity), with a specialty in Victorian literature. An only child in a rural area, Emily found friends in the characters she met in books. A voracious lifelong reader, she leaves behind over 5000 books, plus dozens more on order. Of them all, she reread George Eliot’s Middlemarch almost every year. To her, it was a book that shows the reader how to be grown up - how to love deeply, how to marry wisely, how to sympathize widely, how to work hard with satisfaction, how to manage aspiration and moral choice, and how to endure inevitable sorrows and disappointments with courage and steadfast equanimity - in other words, how to live a patient, responsible, and meaningful life. And that she did. In an era of hot type, Emily served Philadelphia’s legal community as the Editor-in-Chief of the daily Legal Intelligencer, but she later found her true calling as a teacher of English and history at The Shipley School. There, only the most motivated and courageous students - those unafraid to risk a B on their transcripts - sought out her electives. For them she brought the characters of Modern European history to life, lighting in many a lifelong flame of intellectual curiosity. To her there was nothing more precious than to see each of her graduating students create a life of kindness, compassion, and commitment, faithful contributors to what George Eliot called ‘the growing good of the world.’ She held her students, friends and self to the unflinching standards of thought and behavior of which she knew all were capable. Emily is survived by her husband of nearly 40 years, John; her daughter, Emily, a tax lawyer at Morgan Lewis and her husband, Zachary Redlitz, of Philadelphia; and her daughter Sarah, a researcher at Mount Sinai Hospital and a Ph.D. candidate, of New York City. A celebration of Emily’s life will be held at the Church of the Redeemer, Bryn Mawr, PA at 11:00 a.m. on Saturday, October 9, 2021. Those wishing to may make a gift in her memory to the Friendship Memorial Scholarship Fund (FREN) IMO Emily Pickering, c/o Maine Community Foundation, 245 Main St., Ellsworth, ME 04605, to support the college dreams of local high schoolers.

Dr. Emily Pickering, teacher, 66, of Phoenixville, PA and Friendship, ME, died unexpectedly of natural causes on April 13. Blessed with a remarkable memory and intellect, Emily received her B.A. from Franklin & Marshall College, where she was... View Obituary & Service Information

The family of Dr. Emily Pickering created this Life Tributes page to make it easy to share your memories.

Send flowers to the Pickering family.