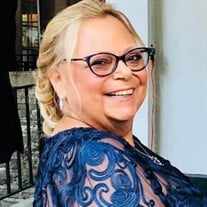 Fern L. McGovern, (nee Immerman), long-time resident of Bala Cynwyd, Pennsylvania, died on July 10, 2020 at Fox Chase Cancer Center, Philadelphia. She was 69 years old. Born to Leonard and Irma Immerman in Manhattan on January 30, 1951, Fern’s family moved often in her early years. They lived in various communities in New York, New Jersey and Maryland, as Leonard rose through the ranks of Electrolux AB and Consolidated Foods Corp. Fern graduated, with honors, from Northwood High School in Kensington, Maryland in 1969 and summa cum laude from Boston University, School of Education (BA American History), in 1973. Her strong sense of social responsibility led her to teach at South Boston High School at the height of the conflict over court-ordered bussing. Additionally, she served as an enthusiastic young volunteer on Michael Dukakis’ first the gubernatorial campaign. Fern was accepted at New England School of Law - Boston in 1973 and graduated in 1976 as a Member of Law Review. After law school, she embarked on a prolific career that spanned 40 years, specializing in Energy and Natural Resources Law and Regulation. She practiced in Washington, D.C., Boston and Philadelphia. As a fledgling lawyer, Fern was recruited by the Federal Power Commission in Washington, D.C. Within a year she was invited to join the newly-created Federal Energy Regulatory Commission, where she worked on matters of national importance stemming from the Arab Oil Embargo and litigation under the Natural Gas Policy Act of 1978. Thereafter, she led the Massachusetts Public Utility Commission’s 24-month investigation into the New England Liquefied Natural Gas Shortage of 1980. During the second half of her career, Fern served in prominent law firms in Washington, D.C. and Pennsylvania, representing clients in the coal and gas industries. She retired in 2016. Although Fern loved the law, by far the most important aspect of her life was her family. She and her husband met in law school, were married shortly after graduation and spent the next six years travelling, sailing, remodeling homes and supporting each other’s careers. Over the following eight years they had four children, and thus began, especially for Fern, a seemingly endless and joyful series of activities … academic, athletic and social … centered on the lives of her children. She became a soccer mom; a rowing mom; a track mom; and a prom mom. It’s no cliché to say, “She never missed an event for her kids.” And she loved every minute of it. Fern died 11 years to the day after being diagnosed with advanced stage ovarian cancer. She was always brave, put up a heroic fight, had excellent medical care and some luck. But mostly, she survived against all odds because of her incredible will to live. Fern had a fulfilling life over the last decade. Although there were some low points, the good outweighed the bad by a large margin. There were even perfect days for Fern ... family reunions, weddings, graduations and this year’s 4th of July weekend. Verse from 2 Timothy 4:7 is apt. She fought the good fight, she kept the faith, she finished the race. Fern is survived by her beloved husband, Joseph J. McGovern, and her devoted children, Toby Kate McGovern ( fiancé, Nikola Leger), Benjamin Connor McGovern (Jacquelyn Castorino), Andrea Brooke McGovern (Zachary Anderson) and Sarah Ashley McGovern (Tristan Godbold). She is also survived by her loving sister, Blair Arnold Juidiciani (Gary). Contributions may be made in Fern’s memory to Fox Chase Cancer Center, Attn: Institutional Advancement Pain and Palliative Care Unit, 333 Cottman Ave, Philadelphia, PA 19111. www.chadwickmckinney.com

The family of Fern Lesley McGovern created this Life Tributes page to make it easy to share your memories.

Send flowers to the McGovern family.