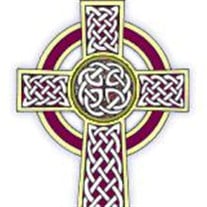 Francis Dominic Seidler, 51, unexpectedly passed away on January 1, 2020, at his home in Bala Cynwyd, Pennsylvania. Born March 7, 1968 in Cali, Colombia to John Seidler and Aileen Kennedy, he was one of three children. From early childhood, Francis moved from country to country with his parents and sisters, ranging from Colombia, Venezuela, Greece, Holland, to Surrey, United Kingdom. But in 1980, the family decided to put down roots in Malvern, Pennsylvania. Francis attended the Kimberton Farm School in Kimberton and graduated from Upattinas School in Glenmoore in 1986. Graduating from Cabrini College in 1992 in Radnor, he later earned certification in Construction Management in 1998 from Temple University, Philadelphia. Starting his career as a salesman for Radio Shack, he later founded Mainline Renovations, Inc. in 1995, a residential construction company, where many of his true gifts for design and building could shine. He was awarded the Delchester NARI Contractor of the Year awards in 2007, 2009, and 2012. A devoted father to his son, Sammy and caretaker to his dog, Lola, Francis loved his parents, his family, and friends. An avid outdoorsman, Francis especially loved fishing, travel and skiing. He is survived by his son, Samuel Seidler of Bala Cynwyd; Samuel’s mother, Linda Lavelle of Bala Cynwyd, his father, John Seidler of Manhattan, New York; his mother, Aileen Kennedy of Marshalton; his sister Andrea Goryl of Bryn Mawr and her two children, Olivia Goryl and John Goryl; and his sister Annamarie Miraldi of West Chester and her three children, India Miraldi, Isabella Miraldi, and Luca Miraldi His Funeral Service will be held 11 am Friday, January 10, 2020 at The Church of the Redeemer, 230 Pennswood Road, Bryn Mawr, Pennsylvania with the Rev. Peter T. Vanderveen officiating. Those who wish to remember Francis in a special way may make gifts his favorite charity; American Foundation for Suicide Prevention at afsp.org.

Francis Dominic Seidler, 51, unexpectedly passed away on January 1, 2020, at his home in Bala Cynwyd, Pennsylvania. Born March 7, 1968 in Cali, Colombia to John Seidler and Aileen Kennedy, he was one of three children. From early childhood,... View Obituary & Service Information

The family of Francis Dominic Seidler created this Life Tributes page to make it easy to share your memories.

Send flowers to the Seidler family.