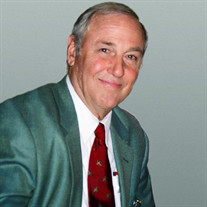 Fred C. Aldridge, Jr., a lawyer, civic and business leader of keen intellect and dedication. Fred Cutler Aldridge, Jr. of Haverford, Pennsylvania, passed away peacefully on the evening of September 5, 2018 surrounded by his loving family. Born May 11, 1933 in Bryn Mawr, Pennsylvania to Fred and Cornelia Aldridge, Fred grew up in Wayne, Pennsylvania, graduated from the Episcopal Academy in 1951, from Duke University in 1955 with a B.S. in Civil Engineering and from the University of Pennsylvania Law School in 1958. Fred is survived by his loving wife of 61 years, Alexandra (Alexa) Quandt Aldridge. Fred and Alexa met while he was attending Penn Law School and she was an undergraduate at Bryn Mawr College and they married in 1957. During his law school years, Fred worked as a Project Engineer for the Pennsylvania Department of Highways and began his seven-year military service in the U.S. Army National Guard, PA, 28th Infantry Division. Following graduation from law school, Fred joined the law firm of Stradley, Ronon, Stevens & Young, where he practiced law for 38 years and served as the Firm’s Managing Partner and as Chair of its Executive Committee from 1980 until 1988. Fred was a trusted advisor to his clients for whom he served in both business and legal capacities. He was a Director of the Tasty Baking Company (1981-2005), served on its Executive Committee and Chaired its Nominating and Corporate Governance Committees. He was also a Director and member of the Executive Committees of each of PrimeSource Corporation and IA Construction Company. Throughout his career, Fred had a deep commitment to civic and community involvement. From its inception and for almost 30 years Fred served as Director, President and Treasurer of the Grace S. and W. Linton Nelson Foundation that supports programs providing direct services to children and youth in the Philadelphia region. He was very active with the Boy Scouts of America serving as Vice President, Finance and a member of both the Executive Committee and Executive Board of the Cradle of Liberty Council. Fred served on the Executive Board of the Police Athletic League and as a member of the Board of Trustees of the Episcopal Academy (1991-2003 and thereafter, emeritus). He also Chaired the Government Affairs Group of the Greater Philadelphia Chamber of Commerce and served on its Executive Board (1983-1995). A competitive bridge player, avid golfer, fly fisherman, hunter, sailor and pilot, Fred shared his lifelong love of sport and the outdoors with friends and family. In addition to his wife, Fred is survived by daughter Mindy Aldridge of Rosemont, Pennsylvania, her husband Steve King and her daughter Katharine Mancini; and son Richard Aldridge of Bryn Mawr, Pennsylvania, his wife Kris and their children Hank, Eliza, Bo and Evie. Fred’s burial will be private. A memorial service will be held at Episcopal Church of The Redeemer, 230 Pennswood Road, Bryn Mawr, Pennsylvania on Saturday, October 6th at 11:00 a.m. In lieu of flowers and in honor of Fred’s enduring allegiance to the Episcopal Academy, the family is asking that donations be made to The Aldridge Family Scholarship Fund – IMO Fred Aldridge, The Episcopal Academy, Office of Institutional Advancement, 1785 Bishop White Drive, Newtown Square, PA 19073.

The family of Fred Cutler Aldridge Jr. created this Life Tributes page to make it easy to share your memories.

Send flowers to the Aldridge family.