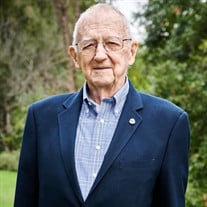 Frederick John Schlichtmann of Media, Pennsylvania, formerly of Northport, New York, died on December 2 at the age of 95. Fred was born on Staten Island, New York, and grew up in Brooklyn. Upon graduation from East New York Vocational High School in Brooklyn, he entered the United States Navy. During World War II, he was stationed on Kwajalein Atoll as part of the communications link to American forces in the western Pacific. Returning from the war, he attended the Academy of Aeronautics (now Vaughn College) in Astoria, NY. Following graduation, he joined Grumman Aircraft Engineering Corporation in Bethpage, NY, where he built a career as a tooling and manufacturing engineer. He was particularly proud of his part in building the Apollo Lunar Module and the F-14 Tomcat. Fred had a joyous retirement. He shared a love of world travel with his wife Charlotte. They spent winters at their home in New Smyrna Beach, FL., and they celebrated his 90th birthday with a river cruise from Amsterdam to Budapest. He spent his final years as an active member of the Riddle Village retirement community in Media, Pennsylvania where he was known as a caring and compassionate friend, as well as a bocce champion. Following the death of his wife, he was fortunate to meet Anne Hauser with whom he shared his final three years. Fred was predeceased by his wife of 67 years, Charlotte Stubing. He is survived by his children Paul (Rieko Tanaka) and Carol (David Bellamy); grandchildren Emma Bellamy and Meredith Bellamy Thorson (Brian Thorson); and great-grandchildren, Elsie, Olivia, and Naomi. Memorial contributions can be made to Vaughn College of Aeronautics and Technology 86-01 23rd Ave, Flushing, NY 11369 or online at www.vaughn.edu/alumni/give-a-gift/ The family will receive guests Monday evening Dec. 13th. from 6pm to 8pm, (service at 7) at Chadwick & McKinney Funeral Home, 30 E. Athens Ave., Ardmore, PA. Masks will be required. Burial service will be at 1pm on Tuesday Dec. 14th at Nassau Knolls Cemetery, 500 Port Washington Blvd, Port Washington, New York.

Frederick John Schlichtmann of Media, Pennsylvania, formerly of Northport, New York, died on December 2 at the age of 95. Fred was born on Staten Island, New York, and grew up in Brooklyn. Upon graduation from East New York Vocational High... View Obituary & Service Information

The family of Frederick John Schlichtmann created this Life Tributes page to make it easy to share your memories.