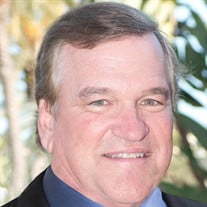 GEORGE S. YOUNG, owner of GEORGE YOUNG COMPANY, a Philadelphia business since 1869. George S. Young of Lafayette Hill, PA died suddenly on March 6th, 2018. He was on vacation with his wife of 40 years, Karin. He was an incredible husband, a caring brother, a proud uncle, and a loyal friend to many. George was born in Wynnewood on March 7, 1955 to Charles and Esthermae Young. He graduated from The Haverford School and attended Lehigh University. A natural leader, George was a proud owner and business partner of George Young Company for more than 40 years. The company had been in his family since 1869. He worked diligently at the company to achieve high levels of rigging quality and safety, for which the company won numerous awards. George was also an involved member of his professional community, and a supportive mentor to the young people around him. In addition, he was passionate about horticulture, the preservation of fine arts, travelling, entertaining, and of course, his Philadelphia Eagles. George was a very active member of the Specialized Carriers and Rigging Association (SC&RA) and was on the Board of the General Building Contractors Association (GBCA) in Philadelphia, PA. He followed in his father’s footsteps with a passion for moving works of fine art. He orchestrated many important moves, including the Liberty Bell, LOVE statue, the Rocky Sculpture and many other priceless treasures. He was an industry leader in “moving the impossible”. He was a well respected leader in his company. George and his family sold George Young Company to Mammoet, one of the largest rigging and heavy haul companies in the world, one year ago. George was very proud of the collaboration between the companies that have now become George Young Mammoet. George was the beloved husband of Karin E. Young and devoted brother of Charles W. Young and sister-in-law, Lita MacDonald; and Meredith Dornenburg and brother-in-law, Mark Dornenburg. He is also survived by his mother-in-law, Hedwig Ebner; sister-in-law, Irene Moser; brother-in-law, Erich Ebner and sister-in-law, Gabriel, and many loving nieces. George’s funeral service will be held on Saturday, March 17, 2018 at 1 PM in the sanctuary of Bryn Mawr Presbyterian Church, 625 Montgomery Ave., Bryn Mawr, PA. A reception will follow in the church’s Congregational Hall. In lieu of flowers, contributions can be made in his memory to Specialized Carriers & Rigging Foundation (www.scr-foundation.org) or to a charity of your choosing.

GEORGE S. YOUNG, owner of GEORGE YOUNG COMPANY, a Philadelphia business since 1869. George S. Young of Lafayette Hill, PA died suddenly on March 6th, 2018. He was on vacation with his wife of 40 years, Karin. He was an incredible husband,... View Obituary & Service Information

The family of George S. Young created this Life Tributes page to make it easy to share your memories.

Send flowers to the Young family.