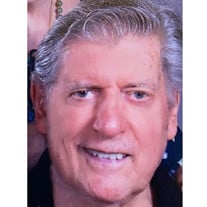 George Zucker, born on April 20th., 1933-died on May 7th., 2020 In his four-decades career, including 34 years with The Associated Press, Zucker covered some of the nation’s top stories, among them the 1965 Palm Sunday tornadoes in Indiana ,the 1968 assassination of Sen. Robert Kennedy in Los Angeles, and subsequent murder trial of Sirhan Sirhan; and the 1972 shooting of Alabama Gov. George Wallace in Maryland. His transfer to Philadelphia in 1977 missed the second Johnstown Flood by four months, but was in time for Three Mile Island and MOVE. Zucker, was a New Jersey native and a Korean war-era veteran, He edited Air Force newspapers in Texas, Alaska and Georgia and was a radio reporter in Savannah, Ga., and Indianapolis, Ind., before joining UPI in 1961. He moved to the AP bureau in Indianapolis three years later and his promotion to the Los Angeles bureau followed in 1966 in time to cover Ronald Reagan’s first campaign for California governor. In 1969, Zucker was named AP chief of bureau in Honolulu, and later headed AP bureaus in Baltimore, Nashville and Des Moines. Zucker ran AP news operations in Pennsylvania for 20 years until his retirement in 1998 as AP’s senior bureau chief. He was a regular contributor to the online magazine, New Partisan, in New York until its demise in 2007. Zucker, 87, and his wife Judi were married 61 years. They lived in Shannondell (Audubon,PA) , where he contributed to the quarterly magazine, Expressions. He is survived by his wife, three children, five grandchildren and one great-grandchild. In lieu of flowers, contributions may be made in his memory to Ardmore Food Pantry, 36 Ardmore Ave., Ardmore, PA 19003

George Zucker, born on April 20th., 1933-died on May 7th., 2020 In his four-decades career, including 34 years with The Associated Press, Zucker covered some of the nation&#8217;s top stories, among them the 1965 Palm Sunday tornadoes... View Obituary & Service Information

The family of George L. Zucker created this Life Tributes page to make it easy to share your memories.

Send flowers to the Zucker family.