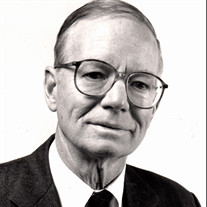 H. Gates Lloyd III died at his home in Haverford September 25th. He was 91. He was the son of the late H. Gates Lloyd and Eleanor Biddle (Barnes) Lloyd. He was born in Bryn Mawr, June 2, 1928 and was a resident of the Philadelphia area his entire life. Gates graduated from Deerfield Academy in 1946, Princeton University where he was a member of Cottage Club, in 1950, and from Columbia Business School in 1952. In 1952 he joined the investment company, Drexel & Company (later Drexel Burnham) and was made partner in 1964. He retired in 1986 after suffering brain trauma when he was struck by a car while crossing a street in London. Always active in his community, Gates was a Board member of the Phiadelphia Orchestra Association, the Phiadelphia Child Guidance Clinic/Childrens Hospital, a 34 year member of the Pennsylvania Hospital Board of Managers where he was the first recipient of the Good Samaritan Award. He also served on the Board of The Philadelphia Contributionship. The Philadelphia Museum of Art, The Fairmount Park Art Association and the Seybert Foundation were interests as well. In 1963, along with others, he was a founder of the the Camelback Mountain Ski area near Tannersville, PA. An enthusiastic deep water sailor,a tennis and squash player, Gates’s automobile accident in 1986 ended his active sports life. In spite of his curtailed physical activity, he remained optimistic and forward-looking always. He is survived by his wife of 20 years, Ellen Arnold Lloyd, three daughters and two sons: Lisa Hobson (Bill), Lallie Lloyd (David Miller), Alice Lloyd (Harvey White), Gates Lloyd (Kelly) and Bill (Meg) and four stepchildren: Barbara Aspinall Smith (Douglas) Ellie Aspinall (Thomas Lauersen), Jane Aspinall (Jonathan Burgess) and Donald Aspinall Jr. (Carolyn). Also surviving are his brother, Wingate Lloyd (Janet), and two sisters, Minney Robb (Ted) and Prue Rosenthal as well as 13 grandchildren, three great grandchildren and nine step grandchildren. He was predeceased in 1994, by his wife of 43 years and the mother of his children, Perky Wadsworth Lloyd and a daughter, Martha in 1958. A funeral service for Gates will be held on Saturday, October 19, at 11a.m., the Church of the Redeemer, Bryn Mawr, PA. In lieu of flowers, memorial gifts may be made to Planned Parenthood, 1144 Locust Street, Philadelphia, PA 19107, The Philadelphia Orchestra, One South Broad Street, 14th Floor, Philadelphia, PA 19107 or to a charity of the donor’s choice.

H. Gates Lloyd III died at his home in Haverford September 25th. He was 91. He was the son of the late H. Gates Lloyd and Eleanor Biddle (Barnes) Lloyd. He was born in Bryn Mawr, June 2, 1928 and was a resident of the Philadelphia area his... View Obituary & Service Information

The family of H. Gates Lloyd created this Life Tributes page to make it easy to share your memories.

Send flowers to the Lloyd family.