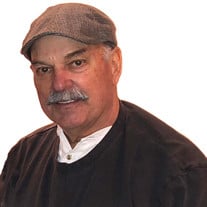 Hoyt William Bangs, of Malvern, PA died peacefully on Saturday January 12th, 2019 at the age of 64. He was born on October 11, 1954 in 1954 in Rockford IL spent his life building. He built companies, relationships, and a legacy. Hoyt always used to say “Value Doesn’t cost it pays”. In central Pennsylvania, Camp Hill and Mechanicsburg, Hoyt grew up 2nd of 4 children to the now deceased Nesbitt Hoyt Bangs JR and Elizabeth Van Wagner Bangs. He was educated at Trinity High School followed by Elizabethtown College earning a Bachelors in accounting. Hoyt remained active in the central PA community his entire life. He helped build and owned the Budding Company, Builders Supply, and the Capital City Airport. In 1978 a career in telecommunications took Hoyt East to Philadelphia where he eventually rose as a Salesman in charge of east of the Mississippi for IBM. In 1982 he met Alice Persons Bangs in Avalon New Jersey. They were married in 1983 and remained so for the remainder of his life. Together they built and renovated numerous fantastic properties in Pennsylvania and New Jersey with a focus on quality carpentry and masonry. They had one son born in 1985 named Hoyt Van Wagner Bangs. Hoyt purchased Horsham Valley Airways INC in 1985. Dozens of helicopters for NBC, Forbes, Vince Piazza, Amtrak Police were built by Hoyt’s Team. They built the industry standard in how gyro cameras mount to aircraft. His true passion was building with wood. At Hoffman Lumber in West Chester PA he honed his skill. He owned and rebuilt the lumber company after a disastrous fire in 1994. Hundreds of architectural features throughout the region can be found that Hoyt and his team built. Later in Life Hoyt helped his family build up the internet presence for their website Buddingco.com which now sells international building supplies. Sadly, pancreatic cancer took Hoyt swiftly in the fall of 2018. He passed away gracefully on January 12, 2019. During the last few days he brought together most of his friends and family to celebrate all the 64 years of lessons he learned. On his final day he said “At the end of the day be true to yourself and god and have fun building whatever you’re interested in.” He is survived by Wife Alice Bangs, Son Hoyt Bangs, Sister Susan Bangs, Brother Robert Bangs, and Brother Michael Bangs. His Memorial Service will be held on Saturday January 19th at 3 PM in the Chapel of St. David's Episcopal Church, 763 S. Valley Forge Rd., Wayne, PA 19087 In lieu of flowers, contributions may be made in his memory to Gabrielle's Arts Scholarship at www.gabriellesartscholarship.org "Loving the process is the true nature of building meaning in your life."

Hoyt William Bangs, of Malvern, PA died peacefully on Saturday January 12th, 2019 at the age of 64. He was born on October 11, 1954 in 1954 in Rockford IL spent his life building. He built companies, relationships, and a legacy.... View Obituary & Service Information

The family of Hoyt W. Bangs created this Life Tributes page to make it easy to share your memories.

Send flowers to the Bangs family.