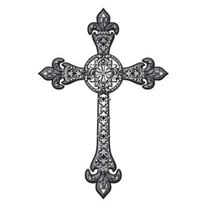 Hugh Holliday Paschal, Jr. 75, passed away peacefully in his home in Wynnewood, PA, on April 2nd, after a long illness suffered with great dignity and without complaint. Due to his worsening condition, he and his wife moved to the Philadelphia area to be close to family. Hugh moved to Tampa in 1969, when he assumed a teaching position at Hillsborough Community College, where he taught Freshman English for 40 years. He loved teaching and believed that, “because of the importance of English, as well as the sheer enjoyment one can derive from it’s mastery, it is imperative that all students master the skills of analysis and expression, which are necessary for success in the pursuit of knowledge wherever it is to be found.” To facilitate his student’s mastery of writing, he penned two textbooks, A Formalistic Approach to Freshman Composition, Course One and Two. Dr. Paschal had high expectations of his students. Those who were up to the challenge and persevered in their efforts to master composition sent many expressions of gratitude throughout his teaching career. He was admired for his teaching ability, personal concern for their success, and his professionalism. Former students nominated him for Who’s Who Among America’s Teachers in 1996, 1998, 2002, and 2003. Hugh was earned the rank of Eagle Scout on May 17, 1960. Before and particularly after retirement, he enjoyed many wonderful hours on the links of his favorite Tampa Bay courses, enjoying the game and his golf buddies. Hugh was much loved and admired by his devoted wife, caregivers, and Hospice nurse. His courageous daily efforts to cope with the debilitating effects of his disease were an inspiration. His wife and caregivers filled his days with as much laughter and joy as possible. He was their champion. A Memorial Service was held on April 20th, in the Chapel at Ardmore Presbyterian Church in Ardmore, PA. The chapel resplendent with its Tiffany stained glass, was filled with the sound of Hugh’s favorite symphony, Beethoven’s 5th. Hugh is survived by his wife of 20 years, Margaret Sessions Paschal, children Claire and Morgan, grandchildren Meredith and Ryan, brother Jimmy, and sister Mary Ann. He was preceded in death by his wife of 24 years Margaret Stanton Paschal and sister Nellie Young Paschal. Memorial donations in memory of Hugh can be made to your local Salvation Army.

Hugh Holliday Paschal, Jr. 75, passed away peacefully in his home in Wynnewood, PA, on April 2nd, after a long illness suffered with great dignity and without complaint. Due to his worsening condition, he and his wife moved to the Philadelphia... View Obituary & Service Information

The family of Dr. Hugh Holliday Paschal Jr. created this Life Tributes page to make it easy to share your memories.

Hugh Holliday Paschal, Jr. 75, passed away peacefully in his...

Send flowers to the Paschal family.