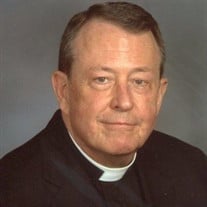 Reverend Dr. Jack Martin Maxwell of Berwyn, Pennsylvania, beloved husband of Sandra Nagy Maxwell for 52 years, joined the church triumphant on January 13, 2021, at the age of 81. Jack is preceded in death by his parents, Mr. A. V. and Mrs. Mattie Maxwell of Morrilton, Arkansas. He is also survived by his sister-in-law, Naomi Nagy, niece Kathryn Beard (Allen), nephew Michael Nagy (Betty Ortiz), and great nieces and nephews. Jack Maxwell was a noted author, preacher, and lecturer. He was pastor, colleague, mentor, and friend to many, who will miss him dearly. Throughout his ministry of over 58 years, he was known for his insightful preaching, his attention to stewardship, and sincere pastoral care. Dr. Maxwell lectured on homiletics and liturgics at La Roche College, Union Presbyterian Seminary in Virginia, and Princeton Theological Seminary, and was a speaker at the Montreat Conference Center,the Mercersburg Society, and many other venues and churches. Jack earned a B.A. from The University of Texas at Austin, and Master of Divinity and Doctor of Theology degrees from Princeton Theological Seminary. He revisedhis dissertation as a monograph, published in 1976 under the title Worship and Reformed Theology: The Liturgical Lessons of Mercersburg, which remains the definitive text on the subject. A graduate student studying Reformed theology in Switzerland in 2010tells about a conversation after classes one day concerning the capacity of the liturgy to teach. Another student from Romania piped up, “Oh, you're American. Do you know Jack Maxwell? I'm trying to get a hold of his book.” When Dr. Maxwell heard about this, he sent him an inscribed copy of the book. While a seminarian, Jack began his formal ministry at The Presbyterian Church of Llanerch (Presbytery of Philadelphia), preaching, teaching, and leading the youth. Decades later, that congregation would welcome him back as a supply pastor and moderator of session. He was ordained on June 12, 1963, at Red Clay Creek Presbyterian Church, and served as pastor at the Elsmere Presbyterian Church in Wilmington, Delaware. While there, he simultaneously completed his doctorate. Soon after he was called as senior pastor of the Presbyterian Church of Sewickley, Pennsylvania, he looked after the complete rebuilding of the sanctuary, necessitated by the collapse of the slate roof. During construction, the stained glass windows had to be boxed in, and the interior had to be fully renovated. Jack would occasionally remark,“The things they don’t teach you in seminary!” With gifts for academe as well as parish ministry, Dr. Maxwell served as the sixth president of Austin Theological Seminary, and professor of homiletics and liturgics. He followed the call out of a strong “conviction that the parish minister is the most critical individual in the life and mission of the church: that is what I believe and what Austin Seminary believes.”At Austin for eight years, he oversaw a marked increase in the endowment, and substantially expanded the continuing education programs. From Austin, Dr. Maxwell returned to the Presbytery of Philadelphia, to Newtown Square Presbyterian Church, where for nearly twenty years he served as pastor, and then as pastor emeritus. Under Dr. Maxwell’s leadership, andemploying his organizational and fundraising skills, a task force on capital improvements was created, and a building committee was formed to renovate and expand the sanctuary, install a new organ and carillon, and relocate and upgrade the library. That work was completed in June, 1990. Dr. Maxwell also oversaw the design and installation of the pulpit and helped select the carvings and needlepoint work for the chancel benches and the prie-dieu. That same year, he created the Sacristy Guild of St. Martha, entrusted with the preparation of the elements for the sacraments and the care of liturgical linens, antependia, and vessels. While a member of the Presbytery of Philadelphia, Dr. Maxwell served in various capacities, including the Commission on Ministry. He was honorably retired from the Presbytery of Philadelphia in 2004. In retirement, Dr. Maxwell turned toward the greater church, offering his gifts for the good of church and community. Excited to learn an entirely new discipline, he worked as a paralegal for a trial lawyer in Media, Pennsylvania. He volunteeredat Bryn Mawr Rehab Hospital and with hospice work. For a number of years, Jack and Sandra could be spotted in the halls of Paoli Hospital and with their trained therapy dog, a standard poodle named Knox, bringing joy and warmth to the patients they visited. Theologian in Residence at Trinity Presbyterian Church in Berwyn since 2016, Dr. Maxwell taught courses on topics including hymnody, the Psalms, the book of Genesis, and the Gospel of Mark. His lectures were intellectually demanding and fascinating, yet he always encouraged questions and comments. One could sense his delight and curiosity, not only in the theological inquiry, but also inreflectionsborne ofemotion and faith. Jack’s ministry was characterized by his caring nature and inquisitive mind. With broad interests of his own—from photography to genealogy to horticulture, an appreciation for the sciences, a love of books and music, and a talent for playing honky-tonk piano—he took an interest in the interests of others. He was politely curious about everyone he met, deftly discovering their hobbies and passions. Thoughtfully and quietly, he would guide and pastor them. A deep, multi-layered mosaic of a person, Jack possessed a monumental intellect, always wanting to know all the connections. Then, with winsome selflessness, and often behind the scenes, he would work for the good of others. A private graveside service will be held for Jack's immediate family. A memorial service to celebrate his life and ministry is planned for a later date. In lieu of flowers, contributions may be made in his memory to Philabundance, Brandywine Valley SPCA, or Canine Partners for Life in Cochranville, Pennsylvania.

Reverend Dr. Jack Martin Maxwell of Berwyn, Pennsylvania, beloved husband of Sandra Nagy Maxwell for 52 years, joined the church triumphant on January 13, 2021, at the age of 81. Jack is preceded in death by his parents, Mr. A. V. and Mrs. Mattie... View Obituary & Service Information

The family of Rev. Dr. Jack M. Maxwell created this Life Tributes page to make it easy to share your memories.

Send flowers to the Maxwell family.