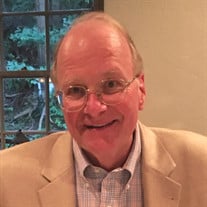 Jeffrey Allen Tyler, 72, a resident of Haverford, PA, died May 1, 2020, of complications from a stroke. Born in Pittsburgh, he was the second son of the late Richard D. and Irene B. Tyler. After a childhood spent in the Midwest, he was graduated with a BS in Economics from the Wharton School of the University of Pennsylvania in 1970 and a MBA from NYU in 1978. He thereupon began a 50-year career in marketing, specializing in the information services and technology industries. Beginning with his early development in New York, he founded and then sold a successful software company offering large applications software on IBM-based mainframe systems for the international banking community in New York. Following that, he then started a firm providing marketing management services in New York and the Philadelphia area, specializing in emerging tech companies in IT software and services. Prior to his entrepreneurial career, he held senior positions with General Electric’s Information Services Company (GEISCO) in New York City, where he was responsible for sales strategies and marketing planning of GEISCO’s New Business Branch of the New York Banking District, in which he ranked as one of the top sales producers across the entire GEISCO Division of GE nationwide for six consecutive years. Later, he achieved top performance for the project solutions division (Idea Integration) of MPS Group, a $2 billion publicly traded IT professional services company. In later years, taking up only semi-retirement, Jeff devoted himself to Small IT Business Growth Development, providing strategic sales, marketing, and operational management to emerging technology companies. Most recently, he served as Director of Account Management at Bison Analytics. When not serving the tech industry with his trademark boundless energy, imagination and commitment, Jeff was devoted to his wife Fran, his family, their remarkable garden, and his 50 year running avocation (which included several marathons). He organized family reunions, guitar jam sessions, and helped assemble a large throng of fellow fans to attend a favorite bluegrass group, The Seldom Scene, in Bucks County in January. Jeff Tyler is survived by his beloved wife, together for nearly 28 years, Frances Pemberton Tyler, son Jeffrey A. Tyler, Jr., daughter Elizabeth D. Tyler Ford (Michael), stepchildren Sarah D. Quigley and J. Malcolm Quigley, and brothers Craig S. Tyler (Cynthia), Michael J. Tyler (Marianne) and Thomas E. Tyler (Belinda). Two brothers, Richard D. Tyler, Jr. (Mary Jane) and Timothy C. Tyler, predeceased him in 1993 and 2017, respectively. Arrangements are pending. Interment will be private. In lieu of flowers, memorial contributions may be sent to Schuylkill River Greenways NHA 140 College Drive, Pottstown, PA 19464 (www.schuylkillriver.org) or Peter’s Place A Center for Grieving Children & Families 336 King of Prussia Road, Radnor, PA 19087 (www.petersplaceonline.org) .

Jeffrey Allen Tyler, 72, a resident of Haverford, PA, died May 1, 2020, of complications from a stroke. Born in Pittsburgh, he was the second son of the late Richard D. and Irene B. Tyler. After a childhood spent in the Midwest, he was graduated... View Obituary & Service Information

The family of Jeffrey A. Tyler Sr. created this Life Tributes page to make it easy to share your memories.

Jeffrey Allen Tyler, 72, a resident of Haverford, PA, died May...