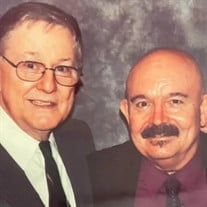 Jerry DiFalco, 69, of Philadelphia, a prolific artist, printmaker, and photographer, who created a diverse collection of what he called “visual poetry,” died Wednesday, Sept. 29, of lung disease at Thomas Jefferson University Hospital. Devoted to children, students, seniors, and others who sought to express themselves through art and writing, Mr. DiFalco most recently worked as an artistic mentor to professional artists and printmakers at the Fleisher Art Memorial in Philadelphia. Over his long career as a painter, sculptor, printer, and poet, Mr. DiFalco created hundreds of his own pieces, sold them in the United States and abroad, and showed his work at hundreds of exhibitions and galleries. His artworks, many of which are three-dimensional assemblages that feature vibrant colors and arresting images, may be viewed on several YouTube videos and are accompanied by explanations of how he created them. He called his early writing “surrealistic poetry” and was inspired in his visual art by architecture, history, religion, folklore, and ancient culture. He wrote in a brief online biography that he wanted “viewers to see beyond the ordinary into the extraordinary via scenes and objects from day-to-day experience.” Absurdity was also one of his muses. The Last Chicken Dinner is his rendition of Leonardo da Vinci’s The Last Supper, and it depicts chickens at the table instead of people. “Humor is the most important thing in my work,” Mr. DiFalco told The Inquirer in 1987. “It is just my reaction to trends in art being so staunchy.” Mr. DiFalco called this piece "Admiral Wilson Boulevard 1960." Mr. DiFalco called this piece "Admiral Wilson Boulevard 1960."Jerry DiFalco Irreverent, outspoken, and intellectual, as well as creative and compassionate, Mr. DeFalco often linked his art to human emotion and behavior through what he called “imagery and story line.” “I believe that art unveils everything that we mask behind our assumptions and biases … or rather, those realms we neglect — or refuse — to perceive,” he wrote on his Saatchi Art webpage. He worked for a time as a museum curator, and lectured college students and artists about grant-writing, fund-raising, and marketing. He was known in his younger days for attending art shows in funky tuxedos and with spiky hair sprayed silver. He told The Inquirer in 1992 that he wanted to “leave something when I’m dead.” “I want people 200, 300 years from now to know who I was and what my statement is,” he said. “I want to help evolve the human race through beauty. Or through anger. I want to leave a mark on the world. So when I’m dead, part of me is still there.” Born Sept. 26, 1952, and raised in Camden, Mr. DiFalco earned a bachelor’s degree in visual fine art at Rutgers University in 1974 and a master’s degree in arts administration at Drexel University in 1985. He lived and worked in San Diego, New York, and Madrid, Spain, before settling in Philadelphia in the early 1970s. For nearly 40 years, he suffered from — and created despite — chronic pain due to degenerative disk disease, abnormal inflammation and nerve dysfunction, rheumatoid arthritis, and the result of treatments for follicular lymphoma and thyroid cancer. “I’m always thinking of how these changes in my body have contributed to my art,” he said in a 2016 online interview with the Einstein Healthcare Network. Mr. DiFalco liked to create art in a variety of ways, including painting, sculpture, and printing. Mr. DiFalco liked to create art in a variety of ways, including painting, sculpture, and printing. Jerry DiFalco met his partner, Ron Funk, in the early 1970s, and together they enjoyed music, writing, and reading. “Jerry loved art in all its forms,” Funk said. “Going to his studio was his life. He was always so upbeat, and he wanted to make a difference in people’s lives.” In addition to Funk, Mr. DiFalco is survived by other relatives. A sister died earlier. A memorial service is scheduled for 10 a.m. Saturday, Nov. 6, at the Philadelphia Episcopal Cathedral, 13 S. 38th St. Donations in his name may be made to the art and music department of the Philadelphia Episcopal Cathedral, 3717 Chestnut St., Suite 200, Philadelphia, Pa. 19104 and the Fleisher Art Memorial, 719 Catharine St., Philadelphia, Pa. 19147. Published Nov. 4, 2021, Philadelphia Inquirer, Gary Miles, Writer

The family of Jerry DiFalco created this Life Tributes page to make it easy to share your memories.

Send flowers to the DiFalco family.