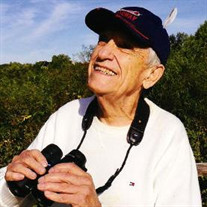 John T. Carpenter, Jr. M.D. John Thomas Carpenter, Jr., 89, a retired Main Line and Philadelphia obstetrician and gynecologist who delivered over 5,000 Philadelphia area babies, died of cancer on Friday, May 5, 2017 at his residence in Chesterbrook, Wayne PA. A direct descendant of Francis Rawle (1663-1727) and his distinguished Colonial Philadelphia progeny, Dr. Carpenter was a recognized innovator of child birth management. He was one of the first area physicians to permit father delivery room participation, specialized in hypnosis as aid to drug free birthing, established natural delivery birthing rooms at Bryn Mawr Hospital and the Hospital of the University of Pennsylvania, and stressed mother-baby bonding and early discharge before these became standard practice. Dr. Carpenter was a member of the faculty of the University of Pennsylvania’s School of Medicine for 30 years, where his practice included pioneering work in the area of trans-gender surgery. From 1958 until his retirement in 1997 he maintained a solo OB-GYN practice in Bryn Mawr, PA, often delivering babies in the family home. According to Dr. Carpenter’s son John, “his vision of personal freedoms for women was phenomenal . . . his use of hypnotism as an alternative to pain medications, his sponsorship of birthing centers, and his willingness to deliver babies at home paved the way for many women to experience natural childbirth”. Born in Villanova, Dr. Carpenter was a 1944 graduate of Radnor High School, where he excelled in football and track. He went on to the University of Pennsylvania and, following in the footsteps of his grandfather Henry Laussat Geyelin (Penn 1877) who played football for Penn and as the captain of its track team choose the school’s colors of Red and Blue, was on the football team under famed coach George Munger -- until his collegiate football career was prematurely ended by a jarring hit at practice from teammate and eventual college and NFL hall of fame member Chuck Bednarik. Dr. Carpenter graduated from Penn in 1948 and its Medical School in 1952. After an internship at the Pennsylvania Hospital, he served for two years in the U.S. Army as a medical officer in Germany before returning to practice in the Philadelphia area. Aside from his medical teaching and practice, Dr. Carpenter found the time to lead an extraordinary diverse and full life. Married three times – to Jean Dana, Carol Cherin, and Joan Gorman McKenna – he raised four children; climbed mountains (he was an “Adirondack 46”, having climbed each of the 46 mountains in the Adirondack chain); a scratch golfer and in later years an enthusiastic tennis player; an avid skier; a competitive bridge player; an accomplished ornithologist; and a longtime member of the S.P.E.B.S.Q.S.A (“Barbershop Harmony Society”), singing bass with The Mainliners Chorus. He also sang bass with the Wayne Oratorio Society and with the choir at the Washington Memorial Chapel. He was a member of both the Merion Golf and the Merion Cricket Clubs. In spite of these many interests, John recalls his father as devoted to his children and grandchildren. “Dad would attend all of my wrestling, cross country, and football events whenever possible. He did that for every child that was part of his life.” Throughout his life Dr. Carpenter remained a passionate fan of the Eagles, Phillies and the Penn varsity and sprint football teams. Dr. Carpenter is survived by three sons: John T. Carpenter, III, Geoffrey Carpenter, and Robert Koenig. A daughter Charlotte died in 1989. He is also survived by five step-children, seven grandchildren, and a best friend and long-time travelling companion, Marian Houston. A memorial service will be held at the Washington Memorial Chapel in Valley Forge, PA at 11 a.m. on Monday, May 22, 2017. In lieu of flowers donations in Dr. Carpenter’s name may be made to the Cape May Observatory http://www.njaudubon.org/SectionCapeMayBirdObservatory/CMBOHome.aspx (New Jersey Audubon, 9 Hardscrabble Road, Bernardsville, New Jersey 07924) or The Washington Memorial Chapel Foundation http://wmchapel.org/heritage/heritage-donation-form/ (Washington Memorial Heritage, P.O. Box 466, Valley Forge, PA 19481-0466)

The family of Dr. John T. Carpenter Jr created this Life Tributes page to make it easy to share your memories.

Send flowers to the Carpenter family.