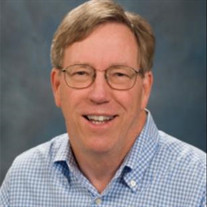 John R. Cranford, beloved husband, father and grandfather passed away peacefully on November 22, 2017, at the age of sixty-nine. He was surrounded by his family. John was born in Germany while his father was on active duty, serving in the United Sates Army. The family relocated often and eventually settled in Fork Union, Virginia. John graduated from Yorktown High School in Arlington, Virginia before enrolling at Virginia Military Institute, where he received his bachelor’s degree in history and was commissioned as a 2nd Lieutenant in the United States Army. John rose to the rank of Captain, serving as an armored assault unit commander in Germany. Following John’s military service, he was recruited to the Philadelphia area to serve as one of the first five option traders on the Philadelphia Stock Exchange. Admirably, as an enthusiastic young trader and with the help of a seasoned mentor, John went on to create a multi-faceted options trading company, which included trading as specialists, floor brokerage and also real estate and leasing. John remained as President until his retirement. John lived a full life. He will be remembered for his sense of humor, his ability to solve problems, his infectious and unbridled enthusiasm, his quick wit and his incredible generosity. He loved all sports, but golf was his passion. He spent years perfecting his game, complaining about his swing while driving the ball straight towards the hole. He loved sailing and spent many weekends on the Chesapeake, vacations bareboating in the Virgin Islands and racing J-22’s at the Corinthian Yacht Club. Season by season he loyally followed Penn State football, the Phillies, the 76ers and the Eagles. Big John, as he was known to his grandchildren, loved spending time with his family and friends. Grilling burgers, tailgating before Penn State games, golfing, and attending pre-school and high school events were his happiest times. John loved Avalon, Cape Cod, warm fires at Clayton Place, and any gatherings where he could spend time with those he loved. John is survived by his wife of 33 years, Barbara Belden Cranford, his three children, John (Meg), Dorian Joy Jones (Riley), Robert (fiancé Laura), four grandchildren, Katherine, Sara, Wade and Bridget, as well as his brothers Dr. James (Carol) Cranford and W. McAvoy (Becky) Cranford. A celebration of his life will be held at 1:00PM, Saturday, December 9, 2017 at Bryn Mawr Presbyterian Church, 625 Montgomery Ave., Bryn Mawr, PA. Interment will be private. In lieu of flowers, contributions may be made in memory of John R. Cranford to The Lankenau Heart Institute Development Office, 100 West Lancaster Ave., Wynnewood, PA, 19096.

John R. Cranford, beloved husband, father and grandfather passed away peacefully on November 22, 2017, at the age of sixty-nine. He was surrounded by his family. John was born in Germany while his father was on active duty, serving in the... View Obituary & Service Information

The family of John R. Cranford created this Life Tributes page to make it easy to share your memories.

Send flowers to the Cranford family.