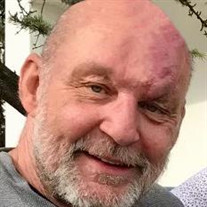 John (Jack) R. King, 65, of Philadelphia, Pennsylvania beloved father, grandfather, brother, uncle and friend passed away on March 24, 2022. Jack was born on March 15, 1957 in Philadelphia. He was born the youngest of three boys to Lewis and Elizabeth King, growing up with the support of his brothers, William (Skip) King and Lewis (Sandy) King. Jack spent much of his childhood and teenage years residing in Hillsborough, NJ. He enjoyed many summers with his brothers in Wyomissing visiting his grandparents. These trips were highlighted by Jack’s tradition of decorating his bike for the Independence Day celebration. Jack attended North Penn High School. After high school he utilized his mechanical skillset by becoming a nuclear worker in Florida for several years. Ultimately, he was drawn back to the Philadelphia area. For over 20 years, Jack worked as a building engineer in several Philadelphia high-rises, including One Liberty and the Dow Chemical buildings. Jack was an enthusiastic problem solver who helped his family and neighbors with their homes and cars whenever they were in need. He prided himself in helping his two older children convert diesel engines to run on vegetable oil. Jack had a love for learning about many subjects from history to science. Jack was very proud to be a sustaining member and supporter of NPR. In the 1980’s he met Mary Mikus. Jack and Mary were married in May 1986. In June 1990, Mary gave birth to their eldest son Andrew. Two years later the family welcomed Deeanna, his daughter. Sean, his youngest son, arrived five years later. Through the children’s early years, the family resided in the Mt. Airy neighborhood of Philadelphia within a home shared by several generations of his family. Jack and his family then moved to Ardmore where they found a similarly welcoming and engaged community. Most recently Jack lived in Roxborough across from Valley Green in the company of his endearing neighbors. Valley Green was frequented by Jack throughout his life, perhaps most impactfully during bike rides with his surviving children. Jack was comforted by the natural beauty of the Wissahickon. Jack is predeceased by his son, Sean; survived by his eldest son, Andrew, and daughter-in-law, Rachael; his daughter, Deeanna; his two grandsons, Rhys and Dean; his elder brothers, Skip and Sandy (and sister-in-law Barbara); and Sandy and Barbara’s children, Tara and Joey. A memorial service will be held at Chadwick & McKinney Funeral Home, 30 East Athens in Ardmore on Saturday April 2. The family will be receiving visitors at 11 a.m. and the service will begin at noon. Following the service, all are invited to a luncheon. In lieu of flowers, contributions can be made to the Sean King Fund for Inclusive Practices. https://www.seankingfund.com/

John (Jack) R. King, 65, of Philadelphia, Pennsylvania beloved father, grandfather, brother, uncle and friend passed away on March 24, 2022. Jack was born on March 15, 1957 in Philadelphia. He was born the youngest of three boys to Lewis and... View Obituary & Service Information

The family of Jack King created this Life Tributes page to make it easy to share your memories.

Send flowers to the King family.