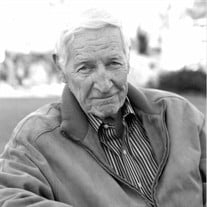 John C. Raines of Philadelphia died on Sunday November 12th, 2017, surrounded by family and comforting support from friends. Beloved husband of Bonnie (nee Muir), loving father of Lindsley, Mark, Nathan, and Mary (Sam Park) and “Grandaddy” to seven remarkable grandchildren. John was born on October 27, 1933 in Minneapolis, MN to Bishop Richard C. Raines and Lucille Arnold Raines, the youngest of their four children. He attended The Blake School, Carleton College and Union Theological Seminary, where he earned a Th.D degree. He joined the newly-established religion department at Temple University in 1966 where he taught Social Ethics for more than 50 years. In 1961 he was arrested and jailed as a Freedom Rider in Little Rock, AK and in Georgia while a voter registration worker. In 1971 John and Bonnie and six others – “The Citizen’s Commission to Investigate the FBI” burglarized the FBI office in Media, PA, removed documents and mailed copies to newspapers. The Washington Post published the findings which confirmed secret FBI activities subverting the constitutional rights of citizens. In 2014 the story was revealed in a book and documentary film. His memorial service will be held on Sat. Dec. 2nd. at 11 am in Christ Church, 20 N American St, Phila., PA 19106. John requested that in lieu of flowers, gifts be made to the Southern Poverty Law Center, 400 Washington Ave, Montgomery, AL 36104, www.splcenter.org. or the American Civil Liberties Union, 915 15th St. NW, Washington, DC 20005, www.aclu.org.

The family of John C. Raines created this Life Tributes page to make it easy to share your memories.

Send flowers to the Raines family.