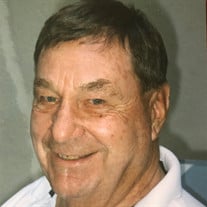 Jon Wells Fay died Wednesday, February 3, 2021 at White Horse Village, in Newtown Square, Pennsylvania. Jon was born July 3, 1931, in Pittsburgh, the son of Katherine Harris and Frank Wells Fay II; the second child of six and the oldest of five boys. Jon graduated from Phillips Exeter Academy in 1950 and from Brown University in 1954, where he also played football, lacrosse and wrestled in addition to earning a degree in business. After college, he joined the Marine Corps, completed Officer Candidates School, and served overseas following the Korean War. Jon began his career in the steel industry and later returned to night school for a degree in metallurgy from the University of Pittsburgh. On December 1, 1961, 31-year-old Jon married 22-year-old Inger Mielche – they met in Denmark just three months earlier. From their first place in Chatam Village in Pittsburgh to their final home at White Horse Village in Newtown Square they would move across the country and back again building their life and family. Jon’s career would take them to Illinois, California, Indiana, Ohio, back to Pittsburgh, then New Jersey, and finally settling in Wallingford, Pennsylvania. It was there Jon started his own business which he ran for five years before merging with BenTech, where he enjoyed working for another 35 years before retiring at the young age of 83, to focus more on his golf game. Always an accomplished athlete and competitor, Jon transitioned to more social sports like tennis, paddle, squash and golf. Whether it was cards, darts, horseshoes, or golf, Jon simply loved to play and to be with people. Even at 89, Jon could be found on the bocce pitch with his Danzig Court team. A veracious reader, he would move through 3 or 4 books at time, all the time, not just during their annual travels to Puerto Aventuros, Mexico. Jon is survived by and lovingly remembered by his amazing wife of 59 years, Inger; two brothers, Frank Wells (Terry) and William (Bill); his three children Erik (Karen Louise) Fay of Newtown Square, Michael (Kathi) Fay of Campbell, California, and Jenifer (Vince) Reeve of Oakland, California. Jon was Farfar to Eva and Hanna, and to Ari, Eli, and Lucy, and Morfar to Maxwell and Bjorn; he was Uncle Jon to dozens of Fays, Fursts, and Mielches around the globe. Jon was preceded in death by his older sister Elinor Furst (of Swarthmore), and younger brothers James and Michael Fay. A remembrance will be live streamed from the St. David’s chapel in Wayne, on Saturday February 13, 2021 at 12:00 pm ET. https://stdavidschurch.org/life-events/funerals/ Donations in Jon's memory can be made to: Easter Seals Southeastern PA https://www.easterseals.com/sepa/who-we-are/contact-us/

The family of Jon W. Fay created this Life Tributes page to make it easy to share your memories.

Send flowers to the Fay family.