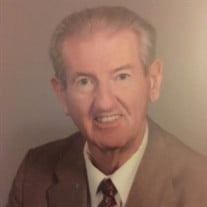 Joseph Frank Ellmer 1944-2019 Joseph Frank Ellmer of Ardmore PA died on June 3, 2019. He celebrated his 75th birthday on May 13th. He is predeceased by his parents, Joseph Paul Ellmer and Barbara Anna Weron. Joe leaves behind his son, Wolfgang Edward Ellmer of Ardmore, a sister, Barbara Fisher of Brooksville, FL, his nephew, Brian Fisher of Orlando, FL, Wolfgang’s mother, Anna Sachs of Ardmore, and dear friend and caretaker, Mary Anne Ellmer of Avalon, NJ. He also leaves behind a Parkinson’s Disease community, composed of those living with Parkinson’s and their devoted and excellent therapists, who work together to improve their lives, offering fraternity, hope, and encouragement. Joe was instrumental in his positive outlook, his kindness and thoughtfulness to others in the group, and for his unforgettable sense of humor. Joe was born on Mother’s Day, 1944, at St. Joseph’s Hospital in Philadelphia. His father was in the Navy and when he was transferred to Newport RI in 1955, the family moved to Fall River, MA, where Joe finished middle school and high school. At graduation Joe was appointed as a Midshipman to the U.S. Naval Academy by President John F. Kennedy. He attended the Academy for a semester and realized that a military academic environment was not suited for him. He transferred to Drexel Institute of Technology. After the first year, he left and enlisted in the Navy. He served on the nuclear-powered USS Enterprise (CVN-65) that was commissioned November 25, 1961, honorably discharged, and resumed his studies to complete his degree in math at Drexel in 1969. Through Drexel’s co-op experiences he was fortunate to serve at the Pentagon which he regarded as the best opportunity to have had in the co-op program. After graduation, he held positions in computer technology at several Philadelphia organizations including IBM, Community College of Philadelphia, UNIVAC, Drexel, and the University of Pennsylvania. He married in 1976, and moved to Lynchburg VA in 1977, where he and his wife Mary Anne pursued their careers. Joe obtained positions at local firms in Lynchburg, and started his own business in software development in 1985. His sense of importance to serve in a community broadened while in Lynchburg. He put his past leadership experiences into service and his love of sports led him over a ten-year period to become a dedicated youth coach of baseball, soccer, and a girls’ basketball team. He broadened his community service to include working in local and state political campaigns, and headed local and civic organizations: his Homeowners Association, a Southeastern Region Data Processing Club, and the Lynchburg Exchange Club, for which he received many awards for his eight years of service. In 2000 they returned to the Philadelphia area to make commuting easier for Mary Anne in her new position, which required frequent air travel. The marriage dissolved, and Joe later married Anna Sachs, and settled in Wynnewood, where Joe became deeply involved with the Ard-Wood Civic Association. He served as president for many years—even while battling Parkinson’s. He and Anna also became parents to Wolfgang, whom Joe described as the greatest joy in his life. He passed on his wisdom and life-time experiences to his son. They progressed from making up nursery rhymes, to listening to music, reading together, playing their musical instruments together, and enjoying each other’s company. Wolfgang became the most important person in Joe’s life. He loved him dearly. After the marriage ended, he moved to Ardmore where he lived until his death. Joe was a Free and Accepted Mason for 50 years, with membership in Houseman Lodge No. 211. He was also a member of the Gladwyne VFW #6956 and Ardmore PALM. Joe enjoyed being with people. He loved to dance - mostly ballroom, and enjoyed friendly games of poker and gin rummy, and any game the group wanted to play. In his quiet time, he used his needlework skills to create beautiful embroidery, needlepoint, and cross-stitch to crocheting and knitting. Joe will be greatly missed locally also for his involvement with participants in many of the Parkinson Council’s sponsored programs: “Dance for PD,” co-sponsored by Bryn Mawr Presbyterian Church and BalletX, the Parkinsingers choral group co-sponsored by Music Matters Inc., weekly physical therapy co-sponsored by Penn Medicine, “Rock Steady Boxing” co-sponsored by Penn Medicine, and a self-portrait program co-sponsored by the Veterans Administration and the Philadelphia Art Museum. The groups’ activities create enjoyment and a sense of camaraderie among the participants and the instructors. Joe cherished each and every session. Lastly, his spirit of volunteering continued despite his Parkinson’s. His dedication to Parkinson’s Disease research led him to participate in several college physical therapy studies in the Philadelphia/South Jersey region, working with the PT students so they could see and learn first-hand the effects of the disease. A poem by Hop Sears, a member of the Parkinsingers, and also a participant in the self-portrait program at the Art Museum, is a beautiful tribute to a wonderful man. …this one’s for Joe, you’re the salt of the earth God broke the mold on the day of your birth Losing you now, makes so clear your true worth Our jungle you’re leaving We lions are grieving… If anyone wishes to honor Joe’s life, he would have been grateful to have contributions made to The Parkinson Council, 555 City Avenue, Suite 480, Bala Cynwyd PA 19004, St. Paul’s Lutheran Church, 415 E Athens Avenue, Ardmore PA 19003, or to a charity of your choice.

Joseph Frank Ellmer 1944-2019 Joseph Frank Ellmer of Ardmore PA died on June 3, 2019. He celebrated his 75th birthday on May 13th. He is predeceased by his parents, Joseph Paul Ellmer and Barbara Anna Weron. Joe leaves behind his son, Wolfgang... View Obituary & Service Information

The family of Joseph Frank Ellmer created this Life Tributes page to make it easy to share your memories.

Send flowers to the Ellmer family.