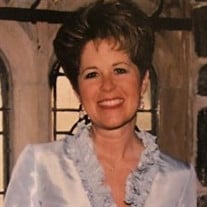 KATHERINE MANLY BELL, September 25, 1949 - July 9, 2019 Katherine Manly Bell, beloved wife and mother, died on July 9, 2019 after a courageous year long battle with pancreatic cancer. She was 69 years old. Raised in Raleigh, North Carolina, Kathie was the daughter of Isaac V. Manly and Peggy Lou Sawyer Manly. She completed her secondary schooling at Saint Mary’s School in Raleigh following which she matriculated at Wellesley College. At the end of her sophomore year she transferred to The University of North Carolina at Chapel Hill from which she received her BA and MA degrees in Art History. In 1981 Kathie moved to New York City where she worked for Hirschel and Adler and Edward Thorp Galleries. Kathie married Jeffrey Graham Bell on July 30, 1983 in the Chapel of St. Bartholomew’s Church in Manhattan and became a step mother to Jeffrey’s eight year old daughter, Whitney Page Bell. Being a mother was one of Kathie’s greatest joys. In 1989 she and her husband adopted their twin boys, Jeffrey Sawyer Bell and James Graham Bell. The Bells moved their family to the Main Line of Philadelphia where they lived in Haverford and Bryn Mawr for the next twenty-eight years. Kathie was active in a number of organizations, including The Church of the Redeemer in Bryn Mawr, the Woman’s Board of the Pennsylvania Academy of Fine Arts, The Gardeners, Community Bible Study, and her beloved Acorn Club. She was a member of The Colonial Dames of America and The National Society of Colonial Dames of America. The Bells moved to The Landings in Savannah, Georgia in February 2018. Kathie adored returning to her Southern roots notwithstanding a multitude of friends elsewhere, especially in Philadelphia. She never tired of introducing her many house guests to the charm of historic Savannah and her beloved St. John’s Church. She was known for her fashion sense and her signature hats. She never failed to light up a room with her smile and enthusiasm. She will be remembered for her gift of hospitality, her generosity of spirit and her fervent devotion to her faith. Kathie is survived by her husband of 36 years, Jeffrey Graham Bell, her sons, Jeffrey Sawyer Bell and James Graham Bell, and her step daughter, Whitney Bell Corbett. She is the proud grandmother of Austin Graham Corbett, Connor Keegan Corbett, and Adeline Margot Bell. She is also survived by her siblings, James Sawyer Manly, Elizabeth Manly Jernigan, and Margaret Manly Graddy. Her funeral service will be held at The Church of the Redeemer, 230 Pennswood Road, Bryn Mawr, Pennsylvania at 2:00 pm on Tuesday, July 16, 2019. Her burial will be private in the Churchyard. A Memorial Service in Raleigh, North Carolina will be scheduled in the near future. In lieu of flowers, contributions in her memory may be made to Church of the Redeemer

The family of Katherine Manly Bell created this Life Tributes page to make it easy to share your memories.

Send flowers to the Bell family.