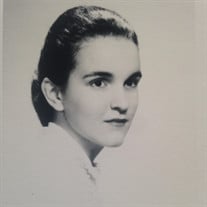 Mary Allison Powers, 78, died on September 11, 2019. Mary was born in Garden City, NY on April 9, 1941 to William Kelby and Virginia A. Allison. She attended public schools in Garden City, NY and graduated from Garden City High School. She earned a B.A. in History from Mount Holyoke College in 1963, and an M.S. in Library Science from Rutgers University. While living in West Philadelphia, she was a member of the League of Women Voters. In the 1970’s, she volunteered at the Merion Elementary School Library. While her husband was a professor in the University of Pennsylvania’s Department of Mathematics, Mary was a long-standing member of the Faculty Tea Club of the University of Pennsylvania, which was renamed during her tenure as the University of Pennsylvania Women’s Club. She served on the club’s Board in multiple leadership positions, and greatly enjoyed managing the Thomas S. Gates scholarship. She was a long-time member of the Church of the Holy Apostles, Penn Wynne, where she served as Treasurer, Sunday School Director, head of the Women’s Club, and head cook for many luncheons and Shrove Tuesday suppers. In 1973 Mary began volunteering for Main Line Meals on Wheels. For over thirty years, Mary made weekly visits to deliver food and a friendly visit. Mary was invited to serve on the Board of Directors in 2004, and was Corresponding Secretary during her six years as a board member. Mary is survived by her husband, Robert Powers, her daughter, Elizabeth Powers, and her grand-daughter, Katherine Powers, and brothers Alexander (Rinda) Allison, and Peter (Carol) Allison. A memorial service will be held on Saturday, November 9th at 4:00pm at the Church of the Holy Apostles, at Remington and Dover Roads, Wynnewood, PA. In lieu of flowers, and in honor of Mary’s many interests and concerns, contributions can be made to Main Line Meals on Wheels, Philabundance, the Free Library of Philadelphia, Episcopal Community Services, or Unicef.

The family of Mary Allison Powers created this Life Tributes page to make it easy to share your memories.

Send flowers to the Powers family.