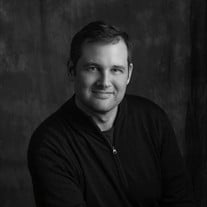 Michael “Boomer” Stewart Wallace of Wayne, Pennsylvania, passed away peacefully on Wednesday, December 19th, 2018, at the Neighborhood Health Hospice inpatient unit. Named Boomer for his expected birth date of July 4th, he was born on July 2nd, 1972, in Springfield, Illinois. Boomer grew up in Indianapolis, Indiana, where he attended Park Tudor School for 15 years, graduating in 1991. He graduated from DePauw University in Greencastle, Indiana, in 1995 where he was a member of the Phi Kappa Psi Fraternity and worked as an intern at PEN America in New York, New York. Growing up, he attended Camp Palawopec and The Prairie Trek Expedition at Cottonwood Gulch. While at the Teton Valley Ranch Camp, Boomer developed an appreciation for the mountains and the Southwest. Boomer enjoyed playing squash and was a former member of The Cynwyd Club of Bala Cynwyd, Pennsylvania. He was also a member of The Dramatic Club of Indianapolis. His great passions included listening to music with his son Will, talking about fashion design and trends with his daughter Sophie, building Legos with his son Charlie, making his wife Ali smile, and the Philadelphia Eagles. He will be remembered for his keen sense of humor, infectious laugh, and strength of will. Boomer believed in human connection and made anyone he met feel like the most special person on the planet. The light he reflected onto others was powerful, bright, and one-of-a-kind. Boomer worked for over 25 years with branded apparel designers and manufacturers including Eagle’s Eye, BellePointe, and Tribal Sportswear. He served as Vice-President and General Manager of Lilly Pulitzer, President of ADAM by Adam Lippes, and most recently as CEO of Beacon Point Outfitters. Boomer was diagnosed with ALS in June 2016. Since that time, he founded the Michael S. Wallace Foundation and actively raised over $300,000 for the ALS Therapy Development Institute (www.alstdi.org) and was recently named a member of the Board of Directors of Augie’s Quest (www.augiesquest.org). He is survived by his wife, Ali Bleecker; his children, William Wallace, Sophie Wallace, and Charles Wallace; his father Michael Wallace; his sister Barbara Wallace (Todd) Rumsey, and their children, Peter, Ann, and Mary; his brother Timothy (Melissa) Wallace, and their children, Nathaniel and Michael; his uncles Jay Wallace, Thomas Werbe, III, and Daniel Werbe; and his sidekick and protector, May, the family goldendoodle. Boomer was preceded in death by his mother, Ann Wallace; his grandparents Vi and Samuel Wallace II, Barbara and Thomas Werbe, Jr.; his aunts Vi Wallace and Eleanor Krauss; and his uncles Samuel Wallace, III, and Peter Wallace. A Celebration of Life will be held on March 2nd., 1:00 p.m. in the Peace Chapel at Crown Hill Cemetery. A reception will follow in Clowes Commons at Park Tudor School from 3:00 - 5:30 pm. Please check https://bit.ly/2Cv1c9a for updates as they become available. Please consider visiting www.alstdi.org/Boomer in lieu of flowers to commemorate Boomer’s strength and spirit.

The family of Michael "Boomer" S. Wallace created this Life Tributes page to make it easy to share your memories.