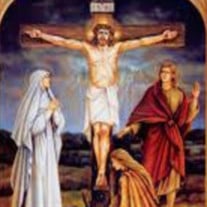 Nora Ramos-Rojas, 72, of Wynnewood, PA, passed away in the early morning of Saturday, December 19, from cancer. Born in Cali, Columbia in 1948, Ms. Ramos-Rojas was the daughter of Irma Cecilia Rojas and Luis Ramos. She and her mother came to the United States in 1973. For many years, Ms. Ramos-Rojas brightened the lives of Main Line families with her work ethic, her big heart, and her commitment to making each day the best it could be. Ms. Ramos-Rojas earned her Green Card in the 70’s, and eventually became an United States citizen. In the late 90’s, Ms. Ramos-Rojas began working in the custodial department at Villanova University and concurrently enrolled in the College of Professional Studies, taking classes in her free time. Her classmates and co-workers admired her perseverance, and upon her graduation from Villanova in 2017, even surprised her with an award honoring her determination and spirit. During her time at Villanova, Ms. Ramos-Rojas volunteered as a translator for Villanova University School of Law's Clinic for Asylum, Refugee, and Emigrant Services (FLAC), which provides representation to refugees who have fled their home country due to human rights abuses and are seeking religious or political asylum in the United States. Following her graduation from Villanova, Ms. Ramos-Rojas taught Spanish to children at an area nursery school. She enjoyed traveling, and went on trips through the Villanova University Peace and Justice Office. She was a tremendous walker, often traveling miles a day on foot. A devout Catholic, she had a deep reservoir of faith and was a parishioner at Saint Colman Parish in Ardmore. She is survived by many friends who will hold her strength, her generosity, her integrity, and her heart in their memory. Her Memorial Mass will take place on Wednesday February 24th at 10 AM at St. Thomas of Villanova Church (on the campus of Villanova University)

Nora Ramos-Rojas, 72, of Wynnewood, PA, passed away in the early morning of Saturday, December 19, from cancer. Born in Cali, Columbia in 1948, Ms. Ramos-Rojas was the daughter of Irma Cecilia Rojas and Luis Ramos. She and her mother came to... View Obituary & Service Information

The family of Nora C. Ramos-Rojas created this Life Tributes page to make it easy to share your memories.

Nora Ramos-Rojas, 72, of Wynnewood, PA, passed away in the early...

Send flowers to the Ramos-Rojas family.