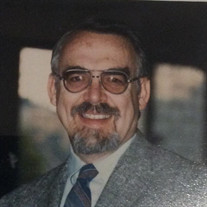 Norig (“Skip”) Ellison, M.D., of West Chester, Pennsylvania, was born in Philadelphia, Pennsylvania on February 16, 1935, to John E. Ellison and Hjordis Larsen Ellison. The youngest of four siblings, Dr. Ellison graduated from Upper Darby High School in 1953, earning varsity letters in 3 sports, including being the captain of Upper Darby’s still only undefeated football team in 1953. Skip received a full scholarship to attend Lafayette College in Easton, PA, where he again played football, and captained the team in his senior year. He earned a degree in chemistry, graduating in 1957, after which he matriculated to the University of Pennsylvania Medical School where he earned his medical degree in 1961. Immediately following graduation from Penn, Skip married Mary Johnson on June 3, 1961, beginning what would become a 55 year marriage that was central to his adult life. For the first 3 years of their marriage, Skip and Mary lived in Honolulu, Hawaii where Skip completed his medical internship at Tripler Army Hospital. While there, their oldest son, John Norig, was born in April 1962. Following his internship, Skip undertook a general practice residency at Walson Army Hospital at Fort Dix, New Jersey. Skip and Mary’s second child, Susan Elizabeth, was born there in August 1964. In 1965, Skip was deployed by the US Army to Vietnam where he was the Commanding Officer of the 447th Medical Detachment assigned to Pleiku Provincial Hospital in South Vietnam. He spent a year in Vietnam in this position after which he was awarded The Bronze Star Medal for meritorious achievement in ground operations against hostile forces, the highest honor bestowed on a medical military officer. Upon returning from Vietnam, Skip completed his military service on a return tour at Fort Dix, retiring from the military as a Major in the United States Army in 1967. In 1967, Skip began a second residency in anesthesia at the University of Pennsylvania School of Medicine, learning under the mentorship of Dr. Robert Dripps, one of the legends in the field of anesthesia. In December 1967, Skip and Mary’s third child, Christopher Nils, was born. This was the beginning of a nearly 40 year career in the Anesthesia Department at Penn where he rose through the ranks to be a full Professor of Anesthesia in 1982, ran the Department as Acting Chair in 1987-88, returned to active practice as a Vice Chair from 1989-2001, and ultimately becoming Emeritus Professor in 2001 until his full retirement in 2004. While at Penn, Skip was a prolific researcher and writer, in addition to his full-time practice treating patients and teaching classes to medical students. He has published text books and scholarly medical writings and lectured nationally and internationally, and served as the editor of numerous prestigious medical journals. Skip also was active in the political side of medicine, ultimately being elected to serve as President of the Pennsylvania Society of Anesthesiologists in 1982-83 and the American Society of Anesthesiologists in 1995-96. Skip was an active member of his churches at Llanerch Presbyterian and Ardmore Presbyterian. He was also active in local politics, most notably being one of the founders of VOTE (“Voters Organized for Township Education”), a non-profit group dedicated to improving the quality of public education in Haverford Township, where he resided for over 30 years. Skip is survived by his wife, Mary, his children, John (Penny), Susan and Chris (Jill), his grandchildren, Ben, Adam(Lisa), Rebecca and Audrey, and his great grandchild, Eli. His Memorial Service will be held on Friday October 28th at 1PM in the Chapel of Ardmore Presbyterian Church, 5 West Montgomery Ave., Ardmore PA, followed by a reception. In lieu of flowers, donations to Neighborhood Hospice, 795 East Marshall Street, West Chester, PA 19380, are appreciated.

The family of Dr. Norig "Skip" Ellison created this Life Tributes page to make it easy to share your memories.

Send flowers to the Ellison family.