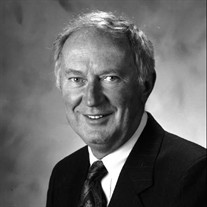 Peter L. Svanda was born on July 18, 1934 in Easton, CT, and passed away peacefully surrounded by family on September 15, 2019. His life was enriched in his early years once his grandmother introduced the young 13-year-old to Helen Keller, in Westport, CT. He started working for Ms. Keller performing yard work and doing odd jobs around her 5-acre property. At age sixteen he earned his driver’s license and thus began his Saturday afternoon ritual of driving Ms. Keller and Polly Thompson, her caregiver, to the movies. Helen Keller and Peter got along famously because they were mutually inquisitive. She wanted to learn about him; he wanted to understand her life. Upon high school graduation she offered Peter her car to purchase so that he could drive to and from his first job at Sikorsky Helicopter Company. While at Sikorsky, Peter decided to enlist in the Army. He served and was honorably discharged as a Sergeant in the summer of 1955. He then entered Miami University of Ohio where he graduated with a bachelor’s degree in Psychology. While in college Peter met, courted and married Jeralyn (Jeri) Thurman in 1957. Upon graduation, Peter joined Rohm and Haas Company where he enjoyed a career that spanned 32 years. Throughout the early years, Peter and Jeri moved with their children to Los Angeles, San Francisco, Dayton, and Cleveland relocating for the last time to Rohm and Haas headquarters in the Philadelphia region in 1969. In 1974 Peter was promoted to Corporate Advertising Director, and then in the early 1980’s Worldwide Advertising Director. After retirement, Peter and Jeri were still restless and opened a small hardware store on 3rd and Chestnut in Philadelphia, aptly named Olde City Hardware. They sold the business in 2010. In 1980 Peter and Jeri moved from Devon, PA to the Queen Village neighborhood of Philadelphia, so they could be immersed in the city they loved. They remained in Queen Village until moving to Waverly Heights in Gladwyne in 2012. Peter and Jeri spent most summers at their house in Stone Harbor, NJ with their family dog, always a Boxer. During his career Peter was very involved in many professional and charitable organizations. Professionally, Peter was active in numerous Industry and Advertising organizations culminating with his placement in the Business Professional Association Hall of Fame. Peter’s love for Philadelphia was characterized by his tireless involvement in many diverse organizations. He was a director at The Daemion House in Devon, PA; the Poor Richard Club, Philadelphia. With a passion for the arts, Peter was on the Board of Directors of the Wilma Theater, was President of the Opera Guild of Opera Philadelphia, and he was on the Board of Directors of the Institute of Contemporary Art, Philadelphia. Peter is survived by his wife of 62 years Jeralyn (Thurman); his children Gregory, Wendi (Charlie) and Allison (Kenneth); his grandchildren Michael, Stephen, Collin, Samuel, Ashley and Kolton. Services will be held at 1:00 pm on Saturday October 19th at St. Christopher’s Episcopal Church, 226 Righters Mill Road, Gladwyne, PA 19035. In lieu of flowers, please consider a donation to either: Opera Philadelphia, Academy House, 1420 Locust Street, Philadelphia PA 19120 www.operaphila.org/support or Wilma Theater, 265 S Broad St, Philadelphia, PA 19107 www.wilmatheater.org/giving

Peter L. Svanda was born on July 18, 1934 in Easton, CT, and passed away peacefully surrounded by family on September 15, 2019. His life was enriched in his early years once his grandmother introduced the young 13-year-old to Helen Keller,... View Obituary & Service Information

The family of Peter L. Svanda created this Life Tributes page to make it easy to share your memories.

Send flowers to the Svanda family.