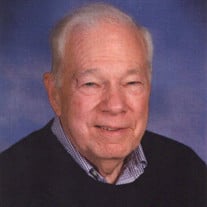 Richard Graham Schneider, Philadelphia Attorney, Dies at 91 Richard Graham Schneider, 91, retired attorney and active community member, died Saturday, September 4th, 2021 of natural causes. He was born in Bryn Mawr, PA., on August 2nd, 1930 to Vincent Bernard Schneider and Marion Graham Schneider. Mr. Schneider was an attorney and senior partner with Dechert, Price & Rhoads in Philadelphia. He was with the firm from 1958 until his retirement in 1995. At Dechert, Price and Rhoads, he was a highly respected anti-trust attorney, a member of the American Bar Association, Pennsylvania Bar Association and Philadelphia Bar Association. In 1993, Mr. Schneider chaired a Task Force which explored Anti-Trust Law Patent Infringement Claims and published highly acclaimed and influential findings. As a result of some legal work in Kentucky, he was designated an honorary Kentucky Colonel. Mr. Schneider graduated from The Episcopal Academy in 1948, where he played football and captained the baseball team. He later served on the Episcopal Academy Board of Trustees from 1976-1983. He attended Yale University, graduating in 1952 with a BA in American Studies. He was a member of St. Anthony Hall and played freshman football. He later served as the Philadelphia Yale Club president from 1966-1968 and was a local alumni admissions coordinator, actively interviewing local prospective candidates for many years. Following his time at Yale, Mr. Schneider served as First lieutenant United States Air Force 1952-1954, stationed in Okinawa. Consistent with his commitment to community and natural curiosity, he joined the church there and made many friends on the island. Upon returning to the United States, Mr. Schneider received a Law degree from the University of Pennsylvania in 1957, and was a member of the Order of the Coif. His continuing interest in American Studies, led him back to the School of Arts and Sciences at Penn where in 2001, he received an MA in the College of General Studies. Mr. Schneider loved to play golf and was a long-time active member at the Merion Golf Club, where he served as Secretary in 1997. He was also a member of the Merion Cricket Club and the Eagles Mere Country Club. His love of sports extended well beyond the golf course and throughout his life he played, coached and supported sports in the community and those in which his children participated. He was a diehard Phillies and Eagles fan. His strong commitment to community and desire to give back led him to serve on the Board of Episcopal Community Services in Philadelphia, as an avid supporter and vocal advocate for many years. He was also a member of the Baldwin School Board of Trustees from 1971-1979, secretary of the Eagles Mere Condominium Association, and a dedicated supporter of St. Gabriel’s Episcopal Church in Philadelphia. He was an active member of St. Christopher’s Episcopal Church in Gladwyne along with his wife, Peggy. He had a strong intellectual interest in spiritual exploration and enjoyed lively conversation during the bible study group meetings that they hosted at their home for decades. It was through the church that Mr. Schneider developed his deep interest in the relationship between the Christian community and charitable service. He published a work called “The Caring Hand of God”, which discussed the role of the church in the community. Mr. Schneider had a captivating smile and twinkle in his eye. Everyone who met him was awed by his kindness, sense of humor, breadth of curiosity about people and life, and his love for his family and his dogs. He was a humble man and as a cousin said, “In spite of his accomplishments, of which there were many, he was always kind, considerate, with a smile that could melt one’s heart, and he was great fun to be around. None of his friends or family ever heard him complain. Because of his gentle manner, it was very easy to overlook his intense strength and courage. We all learned a lot from him.” Mr. Schneider is survived by his spouse of 63 years, “Peg”, Margaret Fritz Schneider of Gladwyne, his daughter Margaret Schneider Maclay of Edgewater, New Jersey, his sons Richard Graham Schneider, Jr. of Eden, Utah, and John Fritz Schneider of Corvallis, Oregon as well as 6 granddaughters and one grandson. A private family service will be held at St. Christopher’s Church in Gladwyne, PA. on October 2nd at 11:00 AM. The service will be live streamed here: https://vimeo.com/event/164121 In lieu of flowers, please send contributions to Episcopal Community Services 225 South 3rd Street, Philadelphia, PA. 19106

Send flowers to the Schneider family.