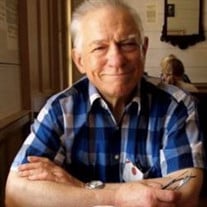 Robert Louis DeSilets, Sr. of Haverford passed away peacefully on July 8th at home. He had been a resident of The Quadrangle following a traumatic brain injury as a result of an auto accident 21 years ago. He was born in Tupelo, Mississippi on April 19, 1942, the son of Eugene Rexroth and Emma Durtsche DeSilets. The family moved to Drexel Hill in 1954. After graduating from Haverford High School, Mr. DeSilets followed in his tradition of his family and attended The Ohio State University where he studied architecture. Once he became a licensed architect, Bob worked for Price and Dickey, Giles Hughes, and John Milner Architects, concentrating on historic preservation. In 1979 he opened his own practice where he spent the rest of his professional career. Among the many projects he worked on were the Thomas Edison homestead, Lucy the Margate Elephant, the Second Bank of Philadelphia, Franklin Court, the Graff House, Nitre Hall and the Federal School in Haverford Township. As a disciple of Frank Lloyd Wright, one of Bob’s joys in life was living for over 20 years in the Suntop homes in Ardmore. In 1980 Lower Merion Township established the Board of Historical Architectural Review (HARB) to protect the distinctive and historic character of the township through historic districts. Bob was selected as the registered architect to serve as the chairman of HARB from its inception until his accident. His love of buildings and an eagle eye for early or significant architecture within the township, plus his work with citizens actively pursuing historic districts, culminated in the high preservation standards of the township today. Bob’s expertise and commitment to preservation helped provide the benchmark now built into the township’s new comprehensive plan for future generations. Mr. DeSilets married (Lynore) in 1965. Bob was involved with the Boy Scouts throughout his life, earning the rank of Eagle Scout in high school. As an adult he served as a troop leader; and over 50 years later he is still fondly remembered for everything he did for the troop. He was active in the Church of the Holy Apostles as a choir member, a Vestry member and Senior Warden. He was an officer in the Ard-Wood Civic Association. In the 1990s he enjoyed working with the Narberth Community Theater, both as a performer and director. He was an avid animal lover, caring for innumerable pets in his life. In his time at the Quadrangle he had two different service dogs, Greta and Patch. Mr. DeSilets had an extremely dedicated team of caregivers in his last years whom he loved like family. Bob loved his children and grandchildren fiercely. Mr. DeSilets is survived by his children Robert (Madeline) DeSilets, Jr. and Michelle (Richard, III) Gallagher; his grandchildren Jonathan and Caroline DeSilets, Preslee, RJ, and Emma Gallagher; and his brothers Eugene (Carol) and Charles (Trudy) DeSilets. Funeral services will be at the Church of the Holy Apostles, 1020 Remington Road, Wynnewood, PA on 7/13/19, at 2:00pm. Memorial donations can be made in Bob’s name to Church of the Holy Apostles or the Brain Injury Association of Pennsylvania.

Robert Louis DeSilets, Sr. of Haverford passed away peacefully on July 8th at home. He had been a resident of The Quadrangle following a traumatic brain injury as a result of an auto accident 21 years ago. He was born in Tupelo, Mississippi... View Obituary & Service Information

The family of Robert L. DeSilets Sr. created this Life Tributes page to make it easy to share your memories.

Send flowers to the DeSilets family.