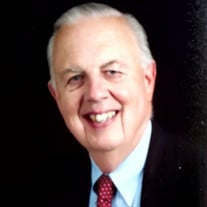 Robert Yates Twitmyer, Retired Business Executive Robert (Bob) Yates Twitmyer, 88, of Dunwoody Village, Pennsylvania, a retired business executive who lived a life full of love, adventures, stories, and humor, passed away on July 20, 2021. Although not confirmed, Bob suspected that his cause of death would be the voluminous quantities of broccoli and skinless chicken breast provided by his loving wife. Bob, the son of Dr. Edward Marvin Twitmyer and Elizabeth Bull Twitmyer, was a graduate of the William Penn Charter School (1952) and the Wharton School of the University of Pennsylvania (BS, 1958). He returned to the University of Pennsylvania in 1996 for his Master’s Degree in Organizational Dynamics. After serving two years in the United States Army, Bob’s career started with ESB, formerly known as The Electric Storage Battery Company, where he managed international accounts and traveled the world. Later, he moved to Giles and Ransome, selling Caterpillar equipment. His longest tenure was with International Mill Service (IMS), a division of IU International. He left IMS to become the President of the National Slag Association, a worldwide trade association that represented slag and other industrial aggregate producers. He finished his career as a Founder and Principal in The Cairn Group, a consultancy focused on industrial marketing and managerial organization in developing countries. Bob was a member of St. Anthony Club of Philadelphia, Merion Cricket Club, Glenhardie Country Club, and The Right Angle Club. Prior to and in retirement, he enjoyed volunteering for and participating in the mission of St. David’s Episcopal Church, Church of the Redeemer, Penn Charter Alumni Board, and various other charities. An active person all his life, Bob replaced successful high school football and baseball seasons with squash, tennis, and coaching his children’s sports teams and then later with golf and reading. With the arrival of grandchildren, he became known as “Coach” to his family and friends. Thursday adventure-days with his grandchildren were his joy. Bob is survived by his beloved wife of 58 years, Elise Tucker Twitmyer, his children, Tucker (Catherine) and Julie, his grandchildren, Bennett and Emma, and his nieces, Carole (Brian) and Susan Dyer (Rick), and his nephews, Tom (Michelle) and William Tucker (Erica). They will miss his ever-ready, groan-inducing jokes, his ability to create children’s stories that spanned hundreds of bedtimes, and his tales of global and local hijinks. A memorial service will be held at St. David’s Episcopal Church (the old church), 763 S. Valley Forge Road, Wayne, PA on August 5, 2021 at 11am. In lieu of flowers, Bob asked that donations be made to St. David’s Episcopal Church (as above) or Dunwoody Village Employee Appreciation Fund, 3500 West Chester Pike, Newtown Square, PA, 19073.

The family of Robert Yates Twitmyer created this Life Tributes page to make it easy to share your memories.