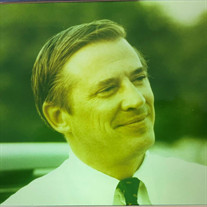 Roland Morris, of Philadelphia, Pennsylvania headed out on the trail up his last Adirondack Peak on May 11th to sip his final cup of hot sweet tea by a warm fire. Roly was widely admired for his intellectual curiosity, infectious humor, and genuine kindness. Roly had a long and distinguished career at Duane Morris as an administrative, anti-trust and healthcare lawyer, serving as Managing Partner, Vice-Chairman and Chairman of the Firm. Roly served a wide range of clients including dairy companies, financial, social service organizations, academic institutions and hospitals and health systems. Roly became a Partner in 1965 and went on to become a notable, trusted lawyer and business advisor to many of the Firm’s most important clients. He was perennially listed in “The Best Lawyers in America” publication. Roly was very active in pro bono legal representation, most notably of Planned Parenthood of Southeastern Pennsylvania before the US District Court in the mid 1970’s and eventually argued successfully on their behalf before the United States Supreme Court. Born in Philadelphia, Pennsylvania on February 18th, 1933 to Edward Shippen Morris and Leslie Crawford Hun Morris, he was an only child. Roly grew up in Center City Philadelphia attending Episcopal Academy, until going to Exeter Academy where he captained the wrestling team and formed cherished life-long friendships, graduating in 1951. Roly attended Princeton University, was a writer and editor for The Princetonian, graduating in 1955. During his Princeton years he met his wife Sally on a spring vacation in Florida where she picked him up in her yellow convertible on the side of the road. Roly and Sally were married in January of senior year and after graduation they moved to Japan where he served as an Army Captain in Artillery stationed in Sendai (providing an excuse for his selective hearing later in life). Following his service, he attended the University of Pennsylvania Law School graduating in 1960. He later received an honorary doctorate from the University of the Sciences in Philadelphia. Outside of his practice, Roly was also very active in civic affairs and charitable activities, including as a Trustee of the Thomas Jefferson University, University of the Sciences and other academic and social service organizations. He served as a Director or Board Member in support of many organizations including the United Way, the Salvation Army, the Legal Aid Society, the Philadelphia Urban Coalition and Big Brothers/Big Sisters Association of Philadelphia. He also served as a Trustee of the Christian and Mary Lindback and Dolfinger-McMahon Foundations. Roly’s love of his childhood summers in Keene Valley, New York inspired his retirement years of building a family home with Sally in Westport, New York. He dove into his passions for skiing Whiteface ice in winter, sailing on Lake Champlain in summer, hiking his favorite peaks and writing memoranda in his office with a view year-round. He always made sure to “Morris” (torture) all the lucky guests on trips to Tenderfoot, cooking hot dogs and brewing his special tea to warm after an icy dip down a hair-raising water chute. He was an odd combination of voracious reader, herpetology enthusiast and arachniphobe with a twinkle in his eye challenging all to a hearty debate (on any subject regardless of his expertise). Mostly, Roly was a devoted husband and father. Roly leaves behind his wife Sally Fageol Morris of 66 years, his children, Roly Jr (Karen Kummerer Morris), Deirdre (Cheryl LeBlanc) and Heather (Lee Raker), grandchildren Roly III, Will, Elizabeth and Riley as well as his great-grandchildren Roly IV, Isabel and Quinn. The Morris Family will host a celebration in the autumn to raise a glass to Roly, who’s light will be missed from all our lives. In lieu of flowers please make a donation to Planned Parenthood, Big Brothers/Big Sisters or ATIS (Adirondack Trail Improvement Society).

Roland Morris, of Philadelphia, Pennsylvania headed out on the trail up his last Adirondack Peak on May 11th to sip his final cup of hot sweet tea by a warm fire. Roly was widely admired for his intellectual curiosity, infectious humor, and... View Obituary & Service Information

The family of Roland Morris created this Life Tributes page to make it easy to share your memories.

Roland Morris, of Philadelphia, Pennsylvania headed out on the...