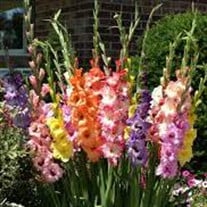 Sally was born on December 9, 1942, in Plainfield, NJ, the youngest of three children of Robert Lawrence Peck and Helen Elizabeth McLean. On the death of her father when Sally was 9, the family moved to Binghamton, NY, to be near the McLean family. Sally graduated from Binghamton Central High School, Cazenovia College (A.A.) in1964 and Binghamton University (B.S.) in 1968. Sally met a young IBM engineer, Orion E Kline III, in 1966 but her mother would not allow the couple to marry until Sally graduated college. The happy couple met at the Methodist Youth Fellowship in Tabernacle Methodist Church and were married there on June 29, 1968. Shortly thereafter, Sally and Orion moved to Evanston, IL, while Orion pursued post-graduate work at Northwestern University. After returning to IBM (aka I’ve Been Moved), the couple lived in Owego, NY, where their daughter Mary was born in 1972. Shortly thereafter the couple moved to Sterling, VA, where Orion worked at IBM Manassas; and then in 1992 they moved again to Winter Springs, FL, where Orion helped set up a new IBM location in the UCF Research Park. Sally developed severe debilitating rheumatoid arthritis at the age of 18. Over the years she had more than 25 operations to replace or fuse her joints—including five hip transplants. Despite the pain, Sally was able to Live, Love, Laugh and be Happy until the RA attacked her lungs. Sally and Orion traveled extensively both in Europe, and in the U.S., usually with their daughter, Mary, and son-in-law, Matt. Sally loved reading, plants, crafts, travel and participating in church activities including prayer group, Bible study and teaching Sunday School ... even when the SS classroom was the front stairway of UCUMC. Sally was active in the card ministry. In addition to sending birthday cards, Sally would always review the weekly prayer list for those to whom she could send sympathy cards, get well cards, and notes of encouragement. Many people will remember Sally for her highly personal, spiritual cards festooned with stickers of all kinds. Sally went to be with her Lord on Sunday July 16 in the presence of her husband and daughter and Pastor Joe. She died peacefully in her sleep. Sally is survived by her husband, Orion E Kline III; her daughter, Mary K. D’Angelo; her sister, Mary Davidson; and her brother, Larry Peck. “Well done, my good and faithful servant.”— Matthew 25:21 A private graveside service will be held in Odd Fellows Cemetery in Gladwyne, PA

Sally was born on December 9, 1942, in Plainfield, NJ, the youngest of three children of Robert Lawrence Peck and Helen Elizabeth McLean. On the death of her father when Sally was 9, the family moved to Binghamton, NY, to be near the McLean... View Obituary & Service Information

The family of Sally J. Kline created this Life Tributes page to make it easy to share your memories.

Send flowers to the Kline family.