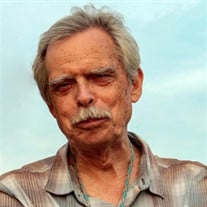 Sam Robertson Little, 79, died peacefully at his home in the Logan Square neighborhood of Philadelphia on January 4th, 2022. Born in 1942 in Cleveland, Ohio, Sam grew up in the city’s Pepper Ridge Road community that was co-founded by his parents, Robert and Ann Little. He attended the Hawken School and University School, and went on to study architecture at Harvard College (B.A.) and the University of Pennsylvania (M. Arch.), where he was elected class president. Early in his career as an architect and planner in Philadelphia, Sam worked on projects for the inaugural Earth Day, the United States Bicentennial, and the community-led effort to save the 3400 block of Sansom Street from encroaching development. He then worked at the newly-formed Environmental Protection Agency’s Philadelphia and Washington, D.C. offices, specializing in transportation- and conservation-related matters. He continued his work in planning, design, and transportation at the office of Boles Smyth Associates and at SEPTA. In his later years Sam served as the president of the Logan Square Neighborhood Association and on Philadelphia’s License and Inspections Review Board. Deeply committed to urban planning, local political engagement, and all that cities might be, he co-founded the Crosstown Coalition of civic associations that worked with the city’s Zoning Code Commission to optimize the new zoning code for Philadelphia’s neighborhoods. His contributions to a stronger Logan Square community included creating the Logan Square Neighborhood Association’s Planning and Design Committee, leading the effort on the 2019 neighborhood development plan, encouraging PennDOT to add a ramp and stairs to connect 22nd Street to JFK Boulevard, and championing the vision of the Winter Street Greenway. As a loving husband and father, Sam was devoted to his wife, Frances Dalton, and sons Andrews, John, and Robert. The family would spend summers in Camden and Bar Harbor, Maine, where Sam served as a longtime member of the Board of Trustees at The Jackson Laboratory, a pioneering institution for genetics research. In retirement Sam and Frances continued their lifelong adventure together abroad, traveling to India, Thailand, Vietnam, and Italy, among other places. The life that they shared was greatly enriched by a circle of dear friends and family members. These friends and family members all looked forward to Sam’s yearly Christmas cards, in which he combined his wry humor and love of design to address the pressing issues of the day. In recent years he applied this talent for graphic satire to a series of political cartoons protesting what he saw as a truly dire political situation, while always holding out the hope that saner minds might prevail and that true social progress remains within reach. As those who knew and loved him well understood, Sam’s sharp wit was underwritten by a soaring, tireless optimism. He is survived by his loving sons Andrews and Robert, and son-in-law Phi, and is predeceased by his brother Revere Little, wife Frances Dalton, and son John Little. A memorial service and celebration of his life will be held at 11am on Saturday, March 12th, at Christ Church Philadelphia. In lieu of flowers, contributions may be made in his memory to The Jackson Laboratory, 600 Maine St., Bar Harbor, ME, 04609.

Sam Robertson Little, 79, died peacefully at his home in the Logan Square neighborhood of Philadelphia on January 4th, 2022. Born in 1942 in Cleveland, Ohio, Sam grew up in the city&#8217;s Pepper Ridge Road community that was co-founded by... View Obituary & Service Information

The family of Sam Robertson Little created this Life Tributes page to make it easy to share your memories.

Sam Robertson Little, 79, died peacefully at his home in the...

Send flowers to the Little family.