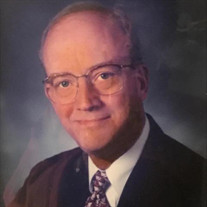 Samuel C. Wasson Jr. of Berwyn, PA died on February 6th, 2021 at the age of 82. He was the retired Vice Chairman and Secretary of Bryn Mawr Bank Corporation and its subsidiary, The Bryn Mawr Trust Company, where he worked for 35 years. Sam was the eldest child of Reverend S. Carson Wasson and Margaret Elizabeth Ellis Wasson. He attended the Haverford School, The Rye (NY) Country Day School, and he graduated from The Taft School and Johns Hopkins University. He married the former Suzanne Hutchins Smyth of Waterbury, Connecticut in 1963, and began his banking career at Industrial Valley Bank & Trust Company in 1962 as a management trainee and managed the Wadsworth Avenue branch until he moved to Bryn Mawr Trust in 1966. He was a member of Robert Morris Associates, an organization of bank lending and credit officers, (now Risk Management Associates), and held committee positions with the Pennsylvania Bankers Association. He was a charter member and president of the Rotary Club of Bryn Mawr and was the chairman of the Main Line Branch of the American Red Cross. Sam was a member of St. David's Episcopal Church where he ushered and volunteered in its food ministry, Follow the Carpenter, and Driving Angels programs. Community banking brought him great pleasure. He participated in an after school workshop with young adults in an underserved neighborhood in Philadelphia. His intention was to educate the students about opening savings accounts, checking accounts, and the value of having a relationship with a bank. He enjoyed sailing and belonged to the Ocean City (NJ) Yacht Club, where he raced his Moth Class catboat #666, the Worry Wart. He sailed a GP14 and kit built a pram, named the Storm Cloud, that he sailed in the back bays of Avalon and Stone Harbor. He belonged to the Corinthian (Philadelphia) Yacht Club and Waynesborough Country Club where he played tennis and paddle tennis. He enjoyed model railroading and building models of all kinds, but he especially enjoyed scratch building scale models of U.S. Coast Guard vessels which he operated by remote control at Valley Forge Model Ship Society sponsored competitions. These models also won awards in static competitions at the Mariners' Museum in Newport News, VA and Custom House Museum in Newburyport, MA. He is survived by his wife, Suzy, of 58 years, sons Christopher W. Wasson (Renya) and James A. Wasson (Kristin), five grandchildren: Matthew R., Cailin L., Evelyn E., Samantha K., and Molly B. Wasson, and his sister Diana W. Robison and brother Ellis A. Wasson His Memorial Service will be live streamed on February 20th at 1:00pm: https://boxcast.tv/view/sam-wasson-memorial-service-pelttrirhqmcvc4uizrn His Service Bulletin will be available https://stdavidschurch.org/life-events/funerals/ In lieu of flowers, contributions may be made in Sam's memory to St. David's Episcopal Church Outreach https://secure.accessacs.com/access/oglogin.aspx?sn=101663

Samuel C. Wasson Jr. of Berwyn, PA died on February 6th, 2021 at the age of 82. He was the retired Vice Chairman and Secretary of Bryn Mawr Bank Corporation and its subsidiary, The Bryn Mawr Trust Company, where he worked for 35 years. Sam... View Obituary & Service Information

The family of Samuel C. Wasson Jr. created this Life Tributes page to make it easy to share your memories.