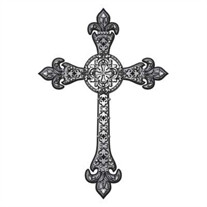 Shirley Epps of Ardmore, PA passed away on April 16, 2019 at Brandywine Hall Nursing Home in West Chester, PA. She was born in Bryn Mawr Hospital on September 26, 1939. She attended the Lower Merion Schools and graduated in 1958. She attended Lutheran Deaconness School, received a Certificate in Church Institutional Work (l959-1960), took courses in Sociology, Early Childhood Education and Elementary Education at the University of Pennsylvania, Harcum Junior College and St. Joseph's College. She worked as Senior Citizen Program Coordinator for the Lutheran Mission Society from 1975-1990. She hired, trained and supervised program staff, planned and developed youth programming, including educational, cultural and recreational activities. She also oversaw fund raising and represented the Lutheran Mission Society and Haverford Community Center at meetings of local and church groups, assisted in proposal writing, where she wrote all program reports to various boards, planned and developed public relations materials for home, school and social related agencies. She coordinated program activities for senior citizens and supervised program staff and managed and directed afterschool programs for children ages 4 to 12. Her other responsibilities over the years were Office Manager (1974); hired, trained and supervised office staff, taught typing classes as part of Society's educational youth program. Performed light bookkeeping duties. In 1973 she was Secretary to the Director; she was a Camp Director from 1973-1990. She worked for Children’s Hospital Health Care Assn. as an Outreach Worker in the Teen Parent Program where she visited teen parents in their homes in regards to special survey and gave counsel and direction when appropriate. Later she worked for the Spring School of the Arts as Office Manager for the Pre-School Program and Director of Fundraising. She maintained student records, record and bill tuition payments, worked with Parents Board of Directors regarding fundraising for school and correspondence and daily logging for principal, co-director and staff and organized and conducted school trips. She is survived by her sisters, Jeanette Blank of Harrisburg, PA and Lena Stull of West Chester, PA. Surviving also are four nieces, four nephews, and many great nieces and nephews. Her Memorial Services will be held on Thursday, April 25 at 1:00 pm at St. Paul's Lutheran Church in Ardmore, PA. A light reception will be held in the Parish Hall following the service. In lieu of flowers, please give a donation to your favorite charity.

Shirley Epps of Ardmore, PA passed away on April 16, 2019 at Brandywine Hall Nursing Home in West Chester, PA. She was born in Bryn Mawr Hospital on September 26, 1939. She attended the Lower Merion Schools and graduated in 1958. She attended... View Obituary & Service Information

The family of Shirley E. Epps created this Life Tributes page to make it easy to share your memories.

Send flowers to the Epps family.