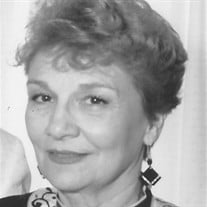 Simone Maillet Sallé, 93, of South Yarmouth, MA, and formerly of Ardmore, passed away on August 8, 2017. She was born in the village of Annecy-le-Vieux, France, not far from the Chateau Promery de Pringy, where her mother was born and lived as a child. In 1927, when she was 4, she emigrated to the United States with her parents because her father, an automotive engineer, was offered a position as automobile mechanic and chauffeur at the home of an American businessman in Radnor. Ms. Sallé enrolled in school and quickly learned to speak and read in English, although French remained the language spoken at home. As a child, she excelled in music, both as a vocalist and as a violinist. Eventually, she graduated from Radner High School and enrolled at Rosemont College. During World War II, Ms. Sallé’s future husband, Henri Pierre Sallé, served in the French submarine corps, patrolling the coast of Africa. When the submarine became disabled, it was towed across the Atlantic by an Allied ship to the Philadelphia Naval Shipyard, where Mr. Sallé and his crewmates were invited to an Admiral’s Reception. There, he met his future wife. They were married in Philadelphia in 1944. In 1946, their only child was born, Henri Pierre Sallé II. The Sallé family remained in suburban Philadelphia for many years. Together with her husband, Ms. Sallé established a home renovation and construction business. She was also a founding member of the Alliance Francaise de Philadelphie. Throughout her adult life, she taught seminars and led clubs for French language and culture. She also became the lead mezzo soprano in the Gilbert and Sullivan Plays and Players of Philadelphia for 25 years, with leading roles in many of their productions, and sang professionally with a quartet at several Main Line churches. After her husband’s death in 2001, Ms. Sallé remained in her home in Ardmore. She took great delight in her grandchildren and great grandchildren, and endeavored to stay current and active with them—partaking in horseback riding and whitewater rafting and attending pop music concerts. Always independent and eager to learn, she enrolled in many academic courses and continued to teach French into her late 80s. She also insisted on mowing her own lawn and pruning her beloved wisteria, and worked as a house sitter and dog walker into her 90s. At 93, she asked her granddaughter to teach her to meditate. At the urging of her son, she moved to Thirwood Place, a retirement community in South Yarmouth, MA, in 2016. A celebration of her life will be held at the Chadwick & McKinney Funeral Home in Ardmore, on Saturday, September 16 at 10.00 AM. Burial will be private. In lieu of flowers, memorial contributions may be made to Hopehealth Hospice, McCarthy Care Center, 73 Service Road, E. Sandwich, MA 02537.

Simone Maillet Sallé, 93, of South Yarmouth, MA, and formerly of Ardmore, passed away on August 8, 2017. She was born in the village of Annecy-le-Vieux, France, not far from the Chateau Promery de Pringy, where her mother was born and lived... View Obituary & Service Information

The family of Simone Maillet Salle' created this Life Tributes page to make it easy to share your memories.

Send flowers to the Salle' family.