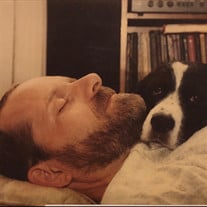 Stephen Clark Aldrich, passed away on April 17, 2019 at age 75, of Upper Darby, PA; Son of Mary Hamill and Clark Winston Aldrich. He is survived by his niece, Lorena A. Engle (Jere), and nephews, J. Andrew Merman, Michael D. Merman, and Stephen C. Merman (Jana), and two great-nephews, Christian Merman and David Aldrich Slaugenhaupt, and one great-niece, Sarah E. Slaugenhaupt. Steve is also survived by Bonnie and William Powell, his closest long-time friends. Steve was a 1967 philosophy graduate of St. Joseph’s College, Rensselaer, IN and achieved his Master of Science in Information Systems in 1994 from Drexel University. Steve had a love for the written word, computers, nature, animals, and photography. Donations in his memory can be made to The Schuylkill Center for Environmental Education, 8480 Hagy’s Mill Road, Philadelphia, PA 19128. Condolences may be shared at www.chadwickmckinney.com. Service will be held at St. Mary’s Episcopal Church, 36 Ardmore Ave, Ardmore, PA 19003

The family of Stephen C. Aldrich created this Life Tributes page to make it easy to share your memories.

Send flowers to the Aldrich family.