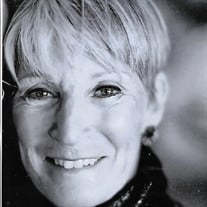 Suzanne Reider Beach passed away in Bryn Mawr, PA on August 13,2021 after an extended battle with cancer. She died as she lived… with dignity, a kind heart, and a loving, good-natured friendliness for all she came into contact with. Suzy was happily married to Tom Beach, the love of her life, for nearly 21 years at the time of her death. Born May 16, 1947 in Bryn Mawr, she graduated from the Baldwin School where she received the “White Blazer,” the school’s highest athletic honor. Voted on by fellow students, the award is given for exemplifying the best qualities of sportsmanship: the ability to win and lose gracefully, act with integrity, take criticism willingly, and show loyalty to her team. She then moved on to St. Lawrence University, and decades later, received a degree from Moore College of Art and Design (where she was “Mother Hen” to her much younger classmates). Aside from time with family and friends, Suzy enjoyed traveling, time on Squam Lake and at their home in Naples, Florida, interior design, figure skating, golf, tennis, reading, and the occasional Sudoku puzzle. She had a tireless, adventurous spirit and lived a full, rich life. She was the heart of her family and the soul of their daily lives. Blessed with a rare combination of modesty and intelligence, as well as an eye for beauty, she was a successful interior designer and artist. Suzy leaves behind her husband Tom Beach; two children: Chas McFeely and his partner Janet Sun, Brooks McFeely and his wife Tara; three grandchildren: Reider McFeely, Meyer McFeely, and Charlie McFeely; two siblings: Ann Hoskins and her husband Dunbar, and Sandy Reider; two nephews: Chad Hoskins and his wife Eliza, and Forest Reider and his wife Nathalie Reider; three step children: Walt Beach, Ted Beach, and Jon Beach; and numerous others. She will be greatly missed. Interment will be private. In lieu of flowers, gifts may be sent in Memory of Suzanne Reider Beach to Bryn Mawr Hospital Foundation, 130 S. Bryn Mawr Ave., Bryn Mawr, PA 19010.

Suzanne Reider Beach passed away in Bryn Mawr, PA on August 13,2021 after an extended battle with cancer. She died as she lived&#8230; with dignity, a kind heart, and a loving, good-natured friendliness for all she came into contact with. Suzy... View Obituary & Service Information

The family of Suzanne Reider Beach created this Life Tributes page to make it easy to share your memories.

Send flowers to the Beach family.