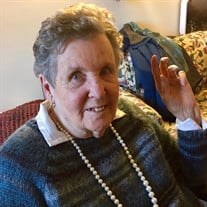 The family of Terry DaCosta Lybrand created this Life Tributes page to make it easy to share your memories.

Marion Terry (nee) DaCosta - &quot;Terry&quot; to those close to her, passed...

Send flowers to the Lybrand family.