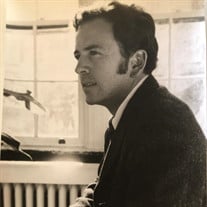 Post by Bonnie L. Cook, Philadelphia Inquirer. Theodore Wood Friend 3d, 89, of Villanova, a historian who was the 11th president of Swarthmore College and later head of the Eisenhower Exchange Fellowships Foundation, died Wednesday, Nov. 4, of myelodysplasia, a cancer of the bone marrow, at his home. Known as “Dorie,” he led Swarthmore College from 1973 to 1982, and from 1984 to 1996 was president of Eisenhower Fellowships, a nonprofit created in 1953 by a group of prominent Americans to honor President Dwight D. Eisenhower. The Philadelphia-based organization identifies, empowers, and connects budding world leaders through a fellowship experience that includes travel. When Dr. Friend took the helm of the organization, it was on unsteady financial footing. Within a year, he secured a $1.5 million grant from Congress. The grant was renewed for the following four years, paying for program expenses, while Dr. Friend raised funds from the private sector for a long-sought endowment fund. During his second year as president, he helped formulate a five-year strategic plan for implementation in 1986. The plan tripled the annual number of fellows worldwide to 50 and attracted fellows here through a redesigned U.S. program. Dr. Friend set in motion an ambitious capital fund drive, called the Eisenhower Centennial Challenge, which raised $5 million from private donors by 1990. As president of the fellowship group, Dr. Friend brought to the United States the first Eisenhower fellows from the People’s Republic of China, El Salvador, Mozambique, Zambia, and Zimbabwe. Under his tenure, Guatemala and Iraq once again participated in the fellowship program after a 25-year hiatus. In 1986, he presided over the purchase of the organization’s first computer, and, a year later, a fax machine. The additions revolutionized Eisenhower Fellowships' worldwide communications. Dr. Friend made many improvements during his tenure at the Philadelphia-based Eisenhower Fellowships. He left the group in 1996. In 2016, Dr. Friend, who had remained a trustee, was invited back to participate in a three-day strategic retreat for the Eisenhower Fellowships’ executive committee and helped guide the nonprofit’s current strategic plan. “Dorie was an invaluable repository of institutional knowledge and wisdom about Eisenhower Fellowships and the often delicate dynamics of this small but complicated organization, generously helping me with his thoughtful guidance,” current president George de Lama said. Dr. Friend later became a senior fellow with the Foreign Policy Research Institute. He chaired the review panel for the Harry S. Truman Scholarship Foundation. In 2004, he served as distinguished visiting professor of Southeast Asian studies at Johns Hopkins University’s School of Advanced International Studies. Born in Pittsburgh to Theodore Wood Friend Jr. and Jessica Holton Merrick, he graduated from St. Paul’s School in New Hampshire. He earned a bachelor’s degree in 1953 from Williams College, and an inclusive Ph.D. from Yale University in 1958. In 1960, he married Elizabeth Pierson. They reared three children in Buffalo and Swarthmore. She died in 2003. Dr. Friend was a history professor at the State University of New York at Buffalo before becoming Swarthmore College president. While there, he raised money and held the college community together during protests over the Vietnam War. An elegant writer, he was the author of Indonesian Destinies in 2003; Between Two Empires: The Ordeal of the Philippines in 1965; and The Blue-Eyed Enemy: Japan Against the West in Java and Luzon in 1988. His Philippines book won the Bancroft Prize from Columbia University in 1966 for insightful books about diplomacy and history. He also wrote Family Laundry: A Novel, about the secrets of a wealthy family in Pittsburgh. Among his many awards were a 1978 Honorary Doctor of Laws from Williams College and the Eisenhower Fellowships' 1997 Dwight D. Eisenhower Medal for Leadership and Service. He was an avid squash player who reached a ranking of No. 2 in the country for those 75 and over. “He was a fierce competitor on the squash court and, come to think of it, in social conversation,” said Albert Oehrle, a friend for 30 years. “We had some jolly good laughs over many years.” He is survived by sons Tad and Pier Friend; a daughter, Elizabeth Friend Haskins; five grandchildren; and his companion, Mary French. Services were private. A public memorial will be held later. Donations may be made to Eisenhower Fellowships via https://www.efworld.org/donate or Fair Fight via https://fairfight.com/.

The family of Theodore Wood Friend III, Ph.D. created this Life Tributes page to make it easy to share your memories.

Send flowers to the Friend family.