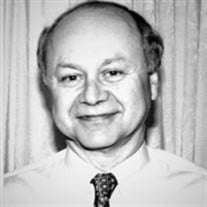 Dr. THOMAS STUART STRAUB of Ardmore, PA, Emeritus Professor, La Salle University, died peacefully at home on Dec. 2, 2021 at the age of 80. Beloved husband of 56 years to Carol Wong and devoted father of Susan Straub Fuller (Paul J.), Judy Straub (Nathan Westrup) and Carolyn Straub (Johnny Cho); also survived by 5 grandchildren; brother, James and sister, Judith; and was predeceased by his brother, Richard. Born and raised in Louisville Kentucky, he earned his BS in Chemistry at Princeton, Class of '63, MS at Minnesota, PhD at IIT and postdoc at Northwestern. Tom joined the faculty of the Chemistry Department at La Salle University in 1972 and was an accomplished teacher and a dedicated member of the LaSalle University community. For roughly half of his career, he served as department chair, beginning the year he earned tenure in 1977. Tom enjoyed teaching chemistry courses at all levels, for students majoring in chemistry and biochemistry as well as nutrition, and nursing. In 1989, he was awarded the Lindback Distinguished Teaching Award; for all his successes this was a highlight for someone who loved to teach. Throughout his career, he continually incorporated innovative teaching methodologies into his classroom. Tom was sometimes affectionately called "Dr. Demo" as he enjoyed carrying out chemical demonstrations in class as an effective way to illustrate fundamental chemical concepts. In the first class, the first day of general chemistry, Tom would mix oxygen and hydrogen in a large jug, take a match - and BOOM! After the flash and bang, he’d laugh as he upended the jug and poured out a tiny trickle of water. Tom also served on numerous committees and was a member of the University Senate for many years. Retiring in May, 2016 after 44 years of dedicated and distinguished service to the Department of Chemistry and Biochemistry, he was awarded the title Emeritus Professor upon his retirement due to his outstanding teaching and mentoring of La Salle students. Tom was extremely active in the Philadelphia section of the American Chemical Society (of which he was a member for 50 years). In 1999, the section awarded him the Ullyot Award for Meritorious Service, and in 2016 he received the Philadelphia section's award as Outreach Volunteer of the Year. Tom was also a member of the American Association for the Advancement of Science, the International Union for Pure and Applied Chemistry and the National Science Teachers Association. Tom had many interests beyond chemistry. He was a lifelong flute player and in high school briefly considered a career in music. In recent years he had returned to his love of music by joining the Merion Concert Band. He greatly enjoyed playing with his musical colleagues and participating in the many concerts they gave. He was also an avid reader. Throughout his life whether attending his daughter’s swim meet or watching a football game, he had always had a book in hand. He read many books per week, and he particularly enjoyed mystery novels in all forms, collecting hundreds over the years. Tom also loved to travel. Together with his wife, children and grandchildren, Tom visited many parts of the United States and several countries in Europe, as well as China, Australia, and New Zealand. He first tried skiing at age 60, and quickly developed a love of the sport. The annual ski trip was a highlight of his year and he would always ski until the last lift closed even when the rest of the family had retired for the day to the lodge. With his wife Carol he skied mostly in Colorado, but also in Utah, Canada, and Austria. With an open invitation for family and friends to join them, these trips became a much loved family tradition. The family will receive guests Friday evening Dec. 10th. from 6 P.M. to 8 P.M. in CHADWICK & McKINNEY FUNERAL HOME, 30 E. Athens Ave., Ardmore, PA. Masks will be required. The burial service will be private. In lieu of flowers, the family asks that contributions be made to the Dr. Thomas S. Straub Chemistry Scholarship at La Salle University using the link: lasalle.edu/give and by indicating "Dr. Thomas S. Straub Chemistry Scholarship" under the "Comments" section. Contributions can also be mailed to La Salle University, Development Office, 1900 W. Olney Avenue, Philadelphia, PA 19141. www.chadwickmckinney.com

The family of Thomas Stuart Straub created this Life Tributes page to make it easy to share your memories.

Send flowers to the Straub family.