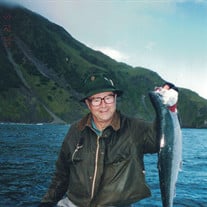 Woodward Withgott Corkran, Jr. passed on peacefully, with family present, on November 7, 2018. Ward lived with his wife, Betsey, at Dunwoody Village in Newtown Square, PA. Born in Philadelphia, PA on June 3, 1931, Ward was a student at The Haverford School for many years, before graduating from The Hill School in 1949. Throughout his lifetime, he continued as an active member of the Haverford Class of ’49 as well as his Hill School class. Always interested in aviation, Ward got his pilot‘s license while a student at Yale. With the Korean War raging, Ward left Yale in his sophomore year and enlisted in the Air Force. He got his wings at Columbus, MS and was sent to England just after the armistice was signed. Subsequently, Ward was the co-pilot of the first jet bomber, the B-45, with a crew of four, which carried an atomic bomb. During this Cold War period, knowing that the American planes had the A-bomb served as a deterrent to the Russians for crossing clearly established European territorial lines. Mustered out of the service in 1956, Ward returned to Yale and graduated with the Class of 1958. Following graduation, he married Betsey Schaefer, a graduate of Mt. Holyoke college, whom he met on a blind date. The couple settled in Pennsylvania, where Ward worked with Synthane Corporation, a plastics manufacturer, for many years, before establishing the Suburban Rod and Gun Service in Villanova, PA. An avid outsdoorsman who enjoyed fishing and hunting, Ward and Betsey spent summers with their family on Lake Megunticook in Lincolnville, Maine, where he could pursue his interests. Ward’s passion for woodworking led him to create many pieces of furniture, toys and games for family members and friends. Ever the gentleman, Ward enjoyed being with friends at the Merion Cricket Club, where he played tennis for many years. He was also a member of the Valley Forge Gun Club; the Megunticook Golf Club in Rockport, Maine; and the Bushkill Rod and Gun Club. Ward is survived by his loving wife, Betsey, of 59 years; two children, Susan Corkran Hutton (James); Woodward W. Corkran III (Jennifer Kinkead); four grandchildren: Grace McMullan (Drew); Benjamin Hutton; Henry Corkran; Natalie Corkran; and a sister, Anne Corkran Nimick, as well as several nieces and nephews. Ward was the son of Woodward Withgott Corkran and Elizabeth Gribbel Corkran. A memorial service for Ward will be held on Tuesday, November 20, 2018 at The Church of the Redeemer in Bryn Mawr at 2:00 p.m. Interment is private. In lieu of flowers, donations may be made to The Haverford School, (www.haverford.org); to the National Wildlife Federation (www.nwf.org) or to a charity of your choice.

Woodward Withgott Corkran, Jr. passed on peacefully, with family present, on November 7, 2018. Ward lived with his wife, Betsey, at Dunwoody Village in Newtown Square, PA. Born in Philadelphia, PA on June 3, 1931, Ward was a student at The... View Obituary & Service Information

The family of Ward Corkran created this Life Tributes page to make it easy to share your memories.

Send flowers to the Corkran family.