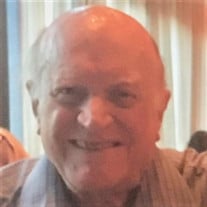 William Alfred Streamer Jr., 82, of Berwyn Pa., died June 23, 2021, following a brief illness. He was born in Philadelphia, the son of the late W. Alfred Streamer and June Ankeny Streamer. He was raised in Mr. Airy and graduated from Germantown Friends School in 1956. He lettered in both track and soccer. He sang in the GFS choir and traveled to Europe with it on the first European Choir trip in 1956. He graduated with a BA from Denison University in 1962. He played soccer there, but was ineligible to be named men’s soccer First-Team All American due to illness his freshman year. He earned teaching credits at Penn State University and taught high school English in Delaware public schools. He received a Master of Education degree from University of Delaware and a Master of Science degree in Library Science from the Drexel Institute of Technology. He worked in the Maryland libraries of Loyola Notre Dame University and the Enoch Pratt Free Library in Baltimore. He also worked for the Maryland State Department of Education Division of Library Development and Services. He retired from the Montgomery College Library Rockville Campus in 1999 and relocated to Berwyn. He began singing at the age of nine as a chorister and continued singing in choirs until his late 70s. He sang in the Men and Boys’ Choir at Old St. Paul’s Episcopal Church, Baltimore, the Church of the Good Shepherd, Rosemont, and the Chancel Choir Church of the Redeemer, Bryn Mawr. He toured with each choir on trips to England and Scotland. He is survived by his wife of 32 years Cecilia Keller, daughters Samantha Streamer Veneruso, Damascus, MD.; Jennifer Redcay, Glen Burnie, MD.; and four grandchildren. He is also survived by brothers Harry (Deb), Naples, FL.; Richard (Cathy), Glen Mills, PA., sister Judith, Ventura, CA; sister-in-law Doris Ziemba, La Quinta, CA; and several cousins. He is also survived by his former wife Virginia Streamer. In addition to his lifelong love of music, Bill had a keen intellect, quick wit and a fondness for corny jokes and bad puns. A memorial service will be held Thursday July 8, 2021 at 11:00 a.m. at the Church of the Redeemer, 320 Pennswood Rd., Bryn Mawr, PA. In lieu of flowers, memorial contributions may be made in his memory to the Choir Fund, Church of the Redeemer.

William Alfred Streamer Jr., 82, of Berwyn Pa., died June 23, 2021, following a brief illness. He was born in Philadelphia, the son of the late W. Alfred Streamer and June Ankeny Streamer. He was raised in Mr. Airy and graduated from Germantown... View Obituary & Service Information

The family of William Alfred Streamer Jr. created this Life Tributes page to make it easy to share your memories.

Send flowers to the Streamer family.